Farewell to Four in Art

Back at the beginning of 2015 I was lucky to join the Four in Art quilt group.   There is nothing like commitment to the rest of a group and having a looming deadline as an incentive to do something creative and it is just a great environment for exchanging ideas and for friendly encouragement.  Best of all belonging to a group like this is a reason to really think about a subject, and how to express it in a quilty fashion, which is sheer luxury if you like lying in bed at night dreaming and planning.

As time went on I've worried that I haven't been adventurous enough and that my quilts didn't qualify as 'art' quilts, but a theme speaks to you in a particular way and you kind of have to roll with it.  All of the quilts I've made have things I don't like about them and almost all of them live in a drawer under my bed, but with each of them I've learned a lot (often about things that I would do differently given another opportunity!)  and it has been an opportunity to work out the things that I'm interested in.

I thought I'd put them up in series below.   They are a diverse bunch but I'm realising that some things are fairly constant; shot cotton (in particular Oakshott), silk, solids, and gold. 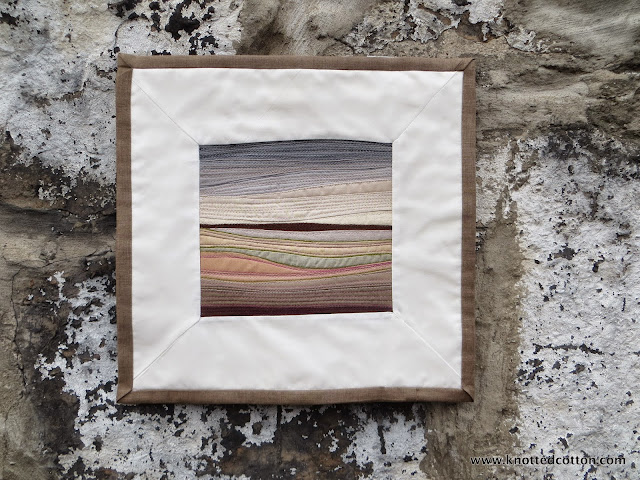 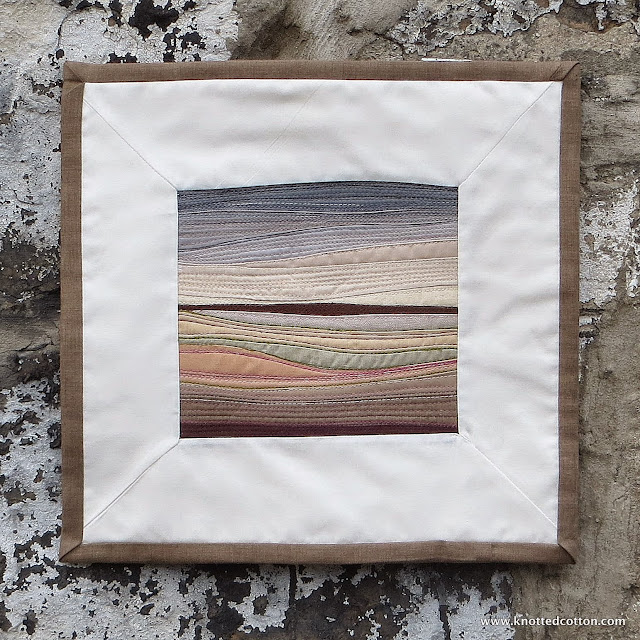 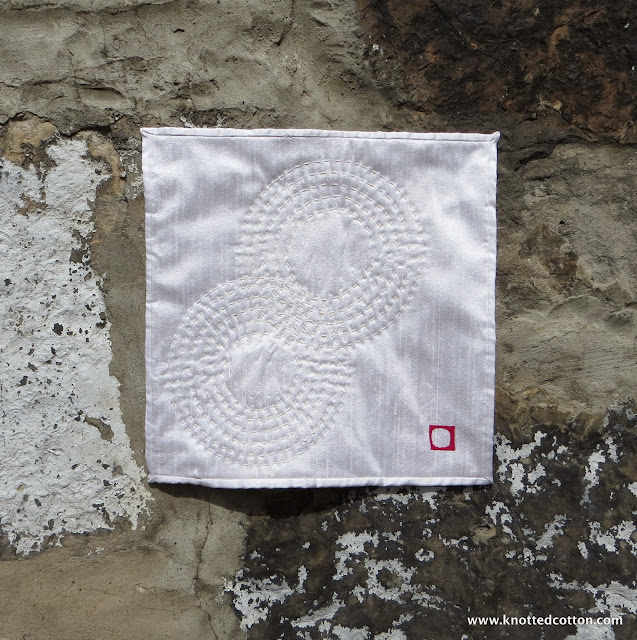 Inspired by a work by the poet Basho, about a frog jumping into a pond. 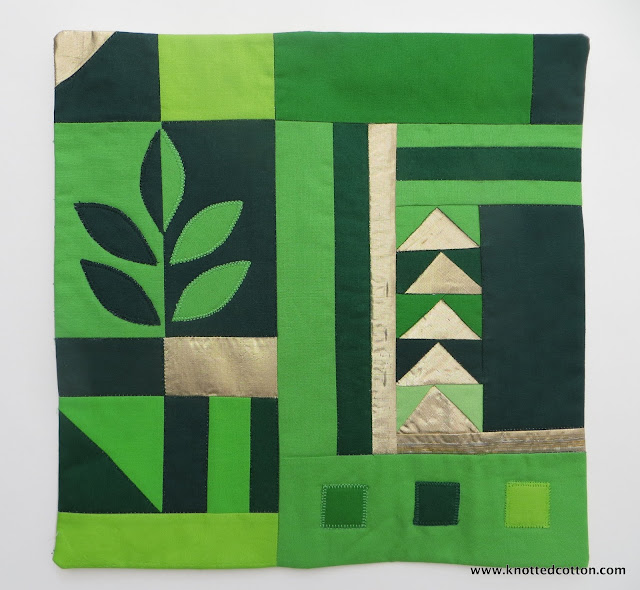 Inspired by the poem by Carol Ann Duffy. 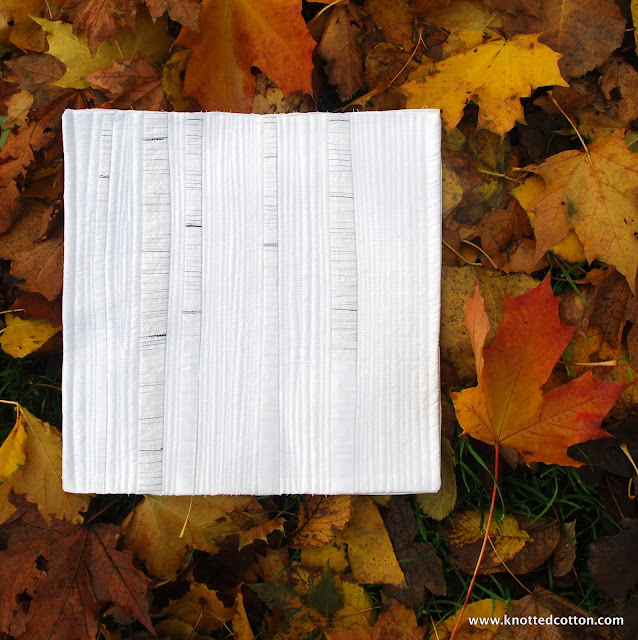 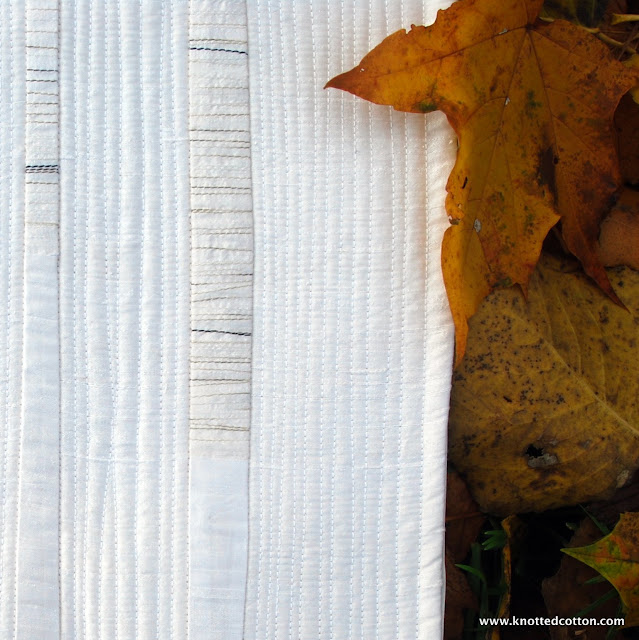 Inspired by the landscapes in Anna Karenina.

At about this point we abandoned the previous 12x12 size restriction.  In the first year it was a really interesting constraint to work in, and meant having to think in a very particular way about how to approach the theme.  I found this a really satisfying challenge, but although some of the group more or less stuck to it, I think I would have eventually found it too difficult to keep up. 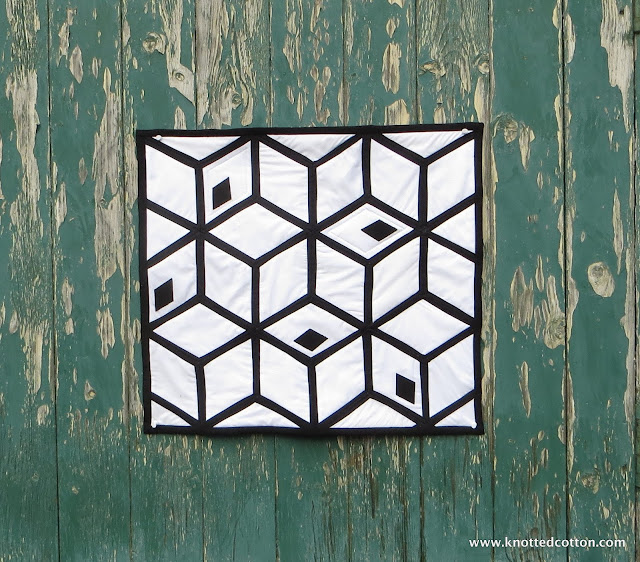 I thought I'd start the Colour year with Black and White and treat the 'Microscopic' theme by drawing an analogy between quilt blocks and cells. 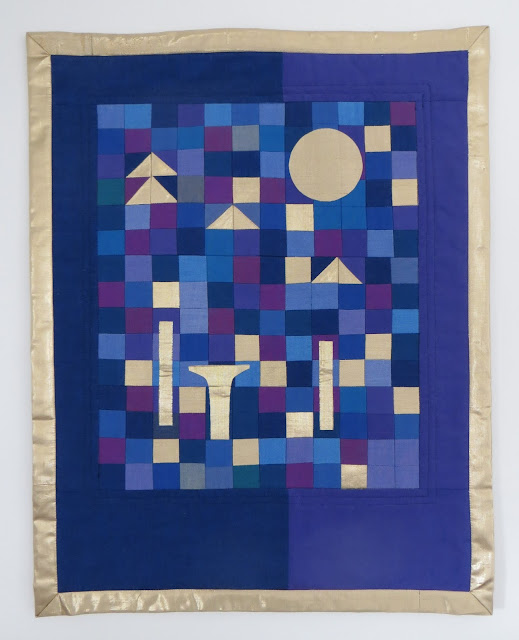 Inspired by the piece of music, and the images it evokes of a city at night and a particular era. 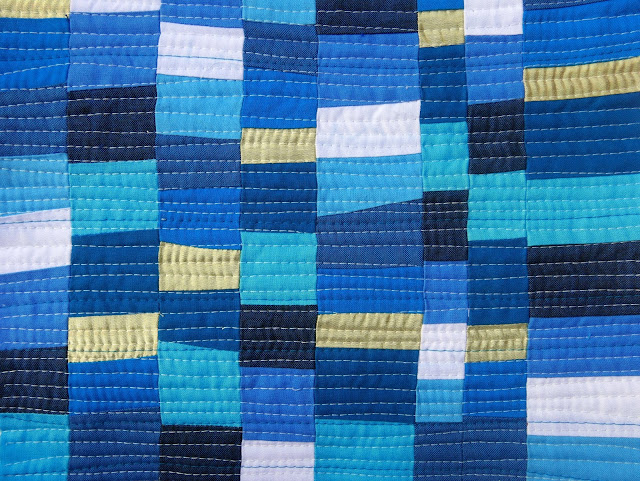 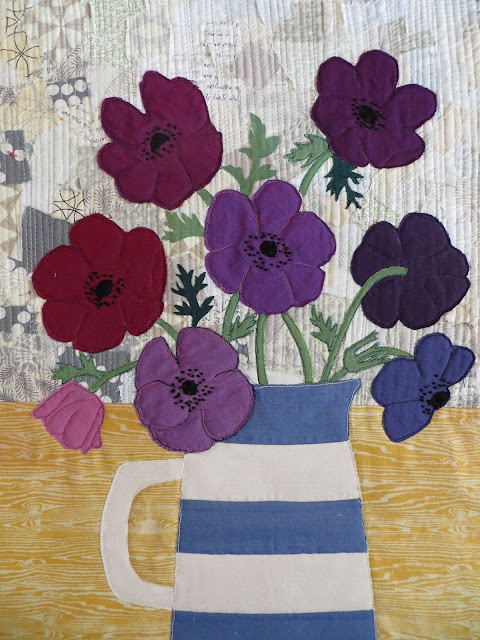 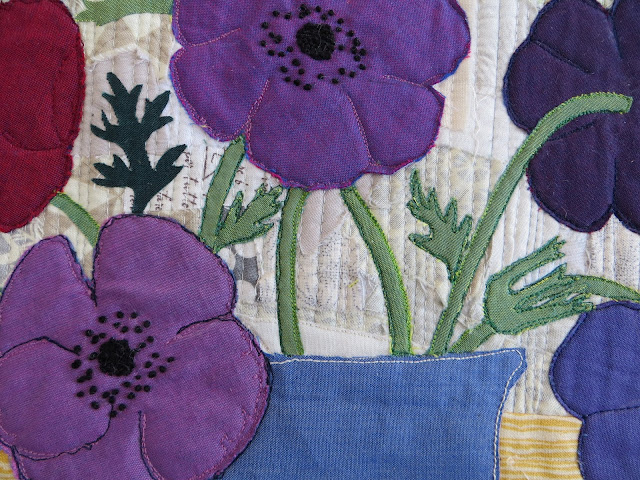 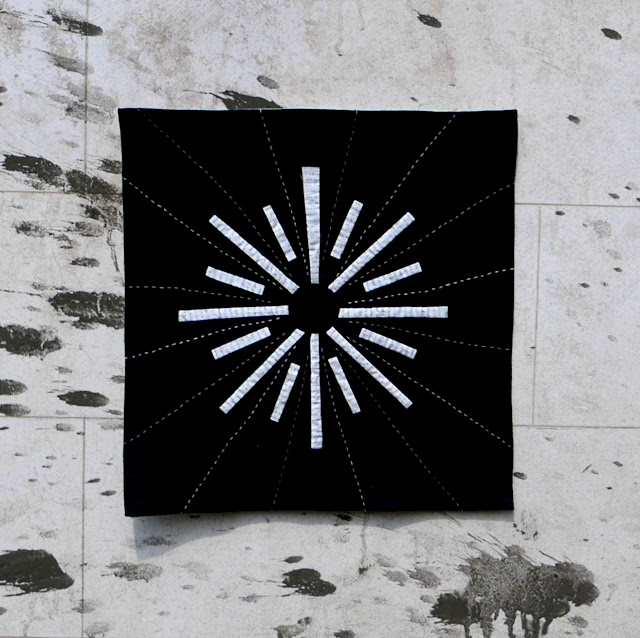 I was thinking about light in the darkness as a source of comfort, or in terms of astronomy, or as a symbol of knowledge and evidence-based thinking, and the light of reason in the 'post-truth' era. 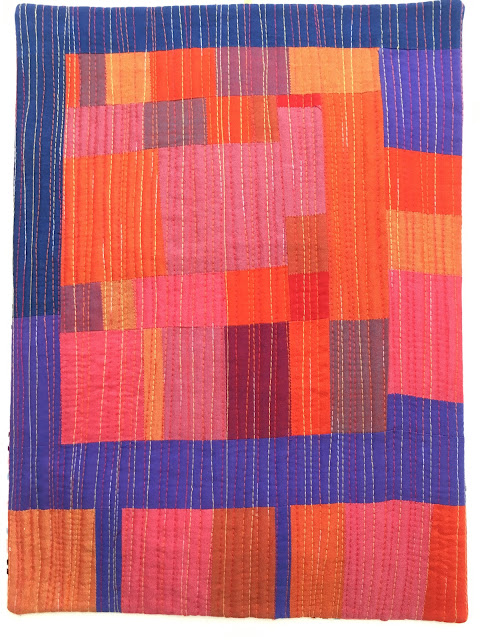 About the qualities of light as it comes through coloured glass and falls on a surface. 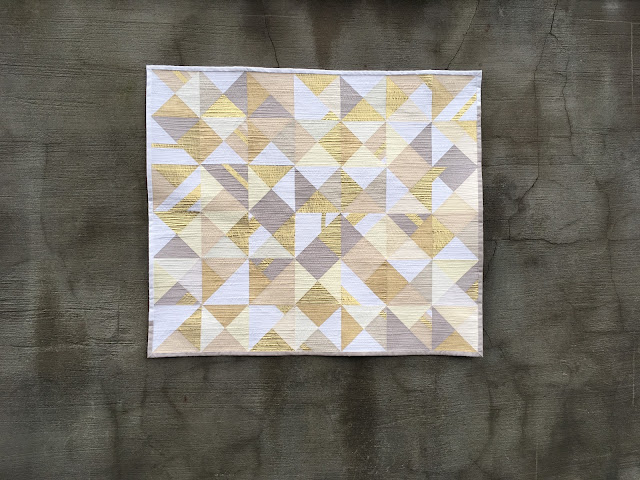 Inspired by light coming from facets of my glass living-room doorknob and the way they look as I go past. 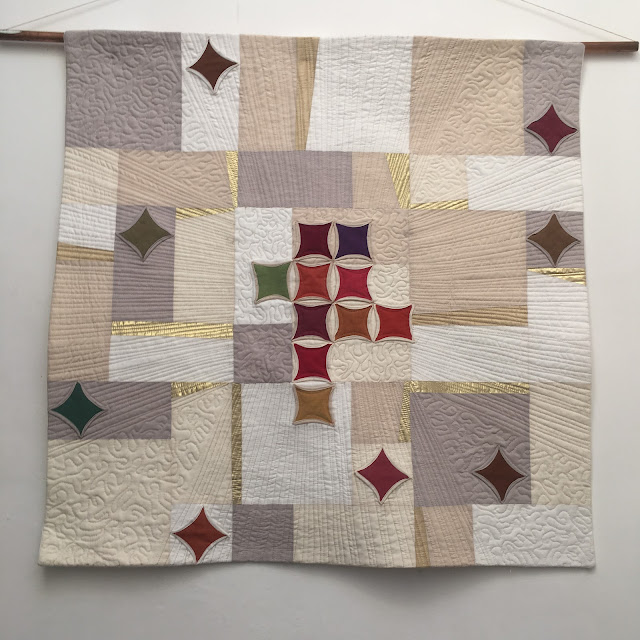 One of the most fascinating and exciting things about belonging to the group was in seeing the different ways we all responded to a particular theme, and the very different styles and techniques we used.   If you keep an eye open for 'retrospectives' from the other members (Elizabeth has already done one here) you will see what I mean.   I've learned such a lot from this group.

Four in Art has now come to an end, but Janine, Nancy and I are moving forward with eleven other members and a new group - 'the Endeavourers'.  Our first theme is Nature, and our first ever reveal will be on 1 February.