So I've finally caught up on all my favourite blogs.  In fact I spent so long reading through them that my foot, which was tucked underneath me, went to sleep.  When I stood up it was like having an uncooked sausage for a leg with the result that I just fell over sideways and my husband had to run downstairs and pick me up off the floor.

I've also edited the holiday pics and thought I would show a bit of what North East England is like.  I really love the little glimpses of round the world that you get from blogs, so hope you won't mind lots of pics which of course you will skip if you do, so that's okay too.

Anyway, first we had some culture. An English museum in the French style: 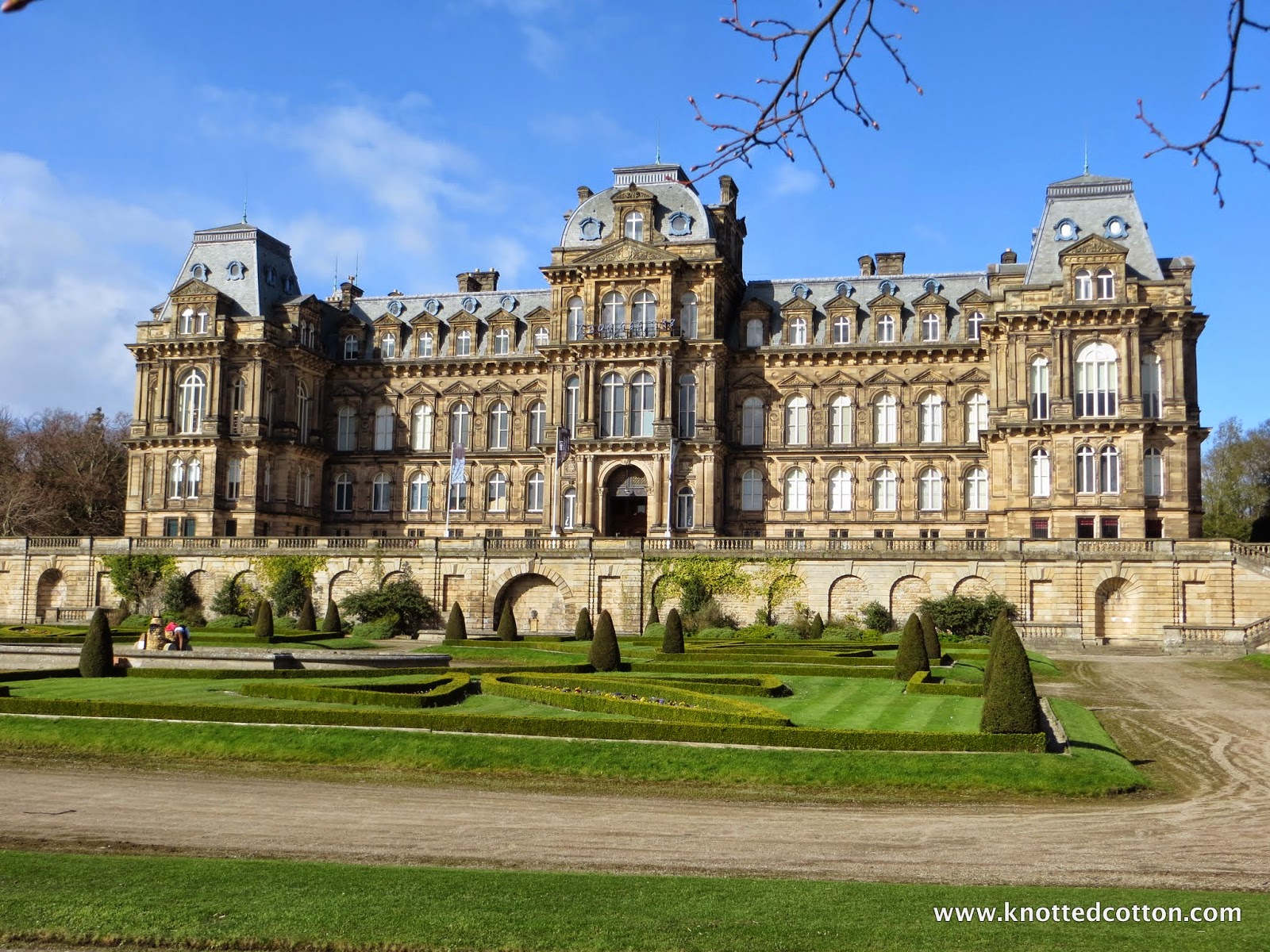 This is the Bowes Museum, built by the illegitimate son of an English aristocrat, and his wife, a French actress.   They spent their life together making a wonderfully idiosyncratic collection of objects and paintings, possibly as a kind of 'up yours' to the society which wouldn't accept him, and had this built to house them.  Tragically neither of them lived to see it finished.

The building below, also in the town of Barnard Castle, served a variety of functions, including butter market, fire station and court house.  It also had two bullet holes in the golden weather vane as a souvenir of a target shooting competition between two chaps in the early 1800s. 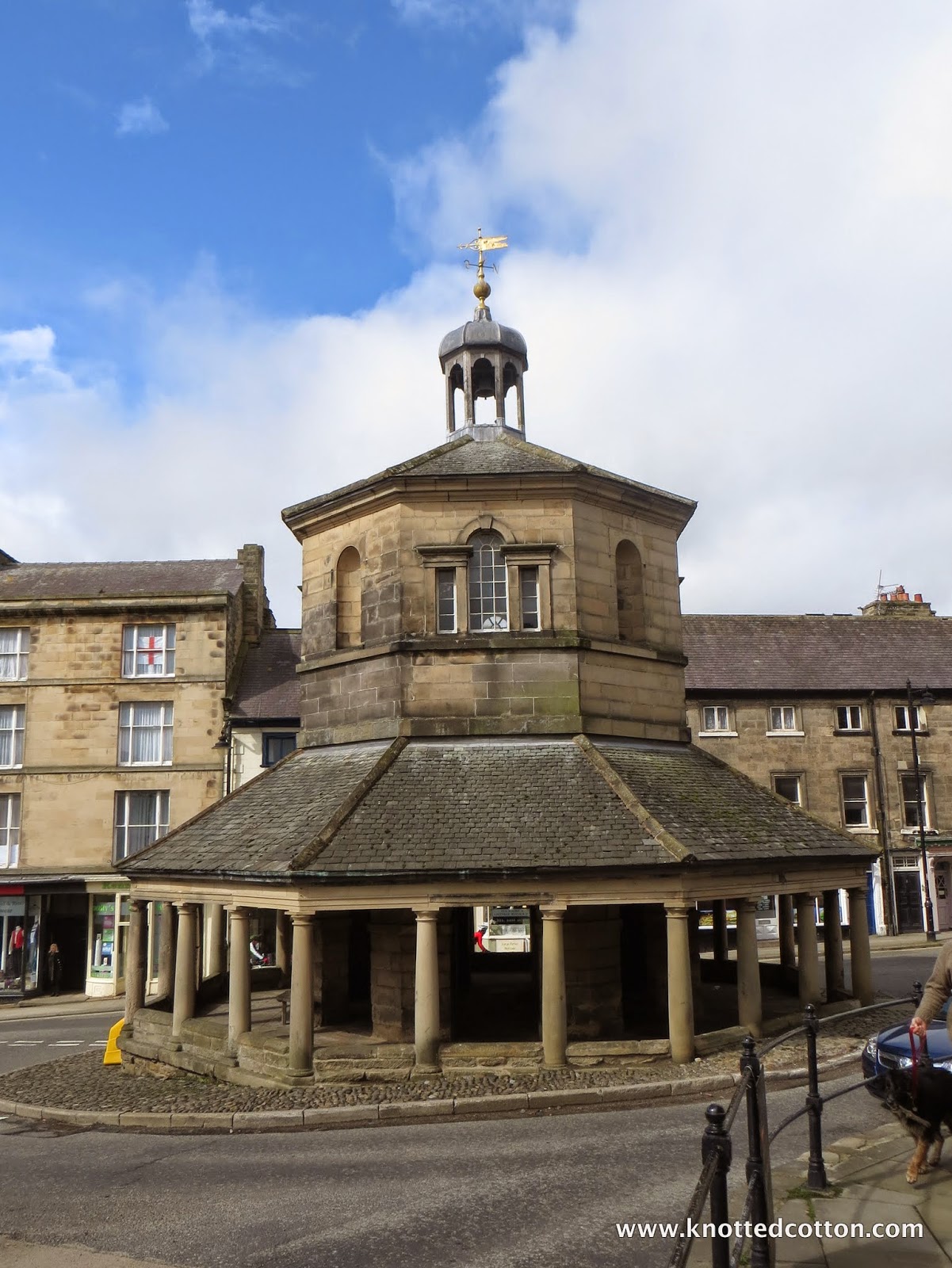 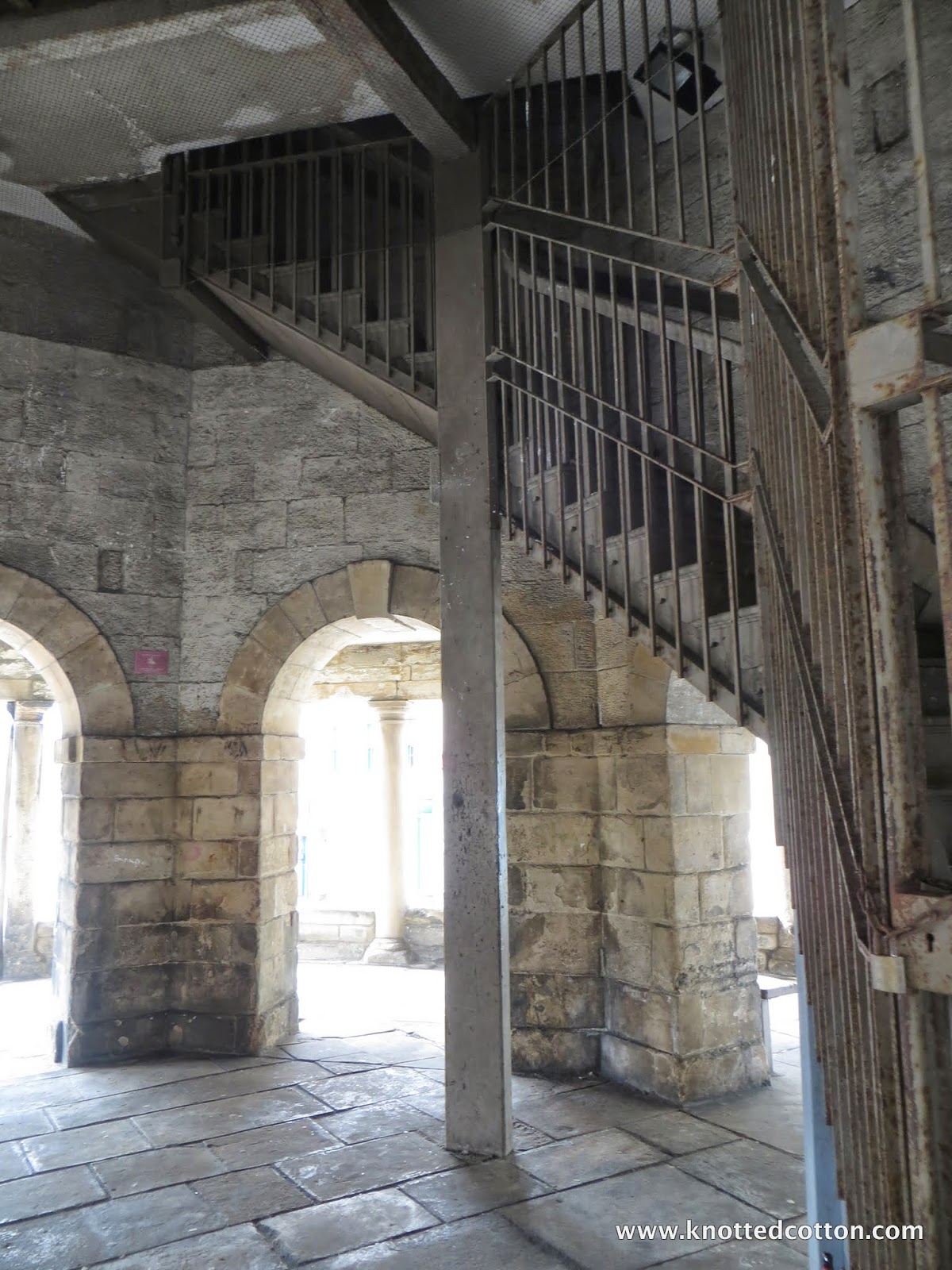 This sign was high up on the wall, so I had to look up Corn Returns on the internet.  Apparently each town had to declare the amount of grains sold in the local market, and the selling price. 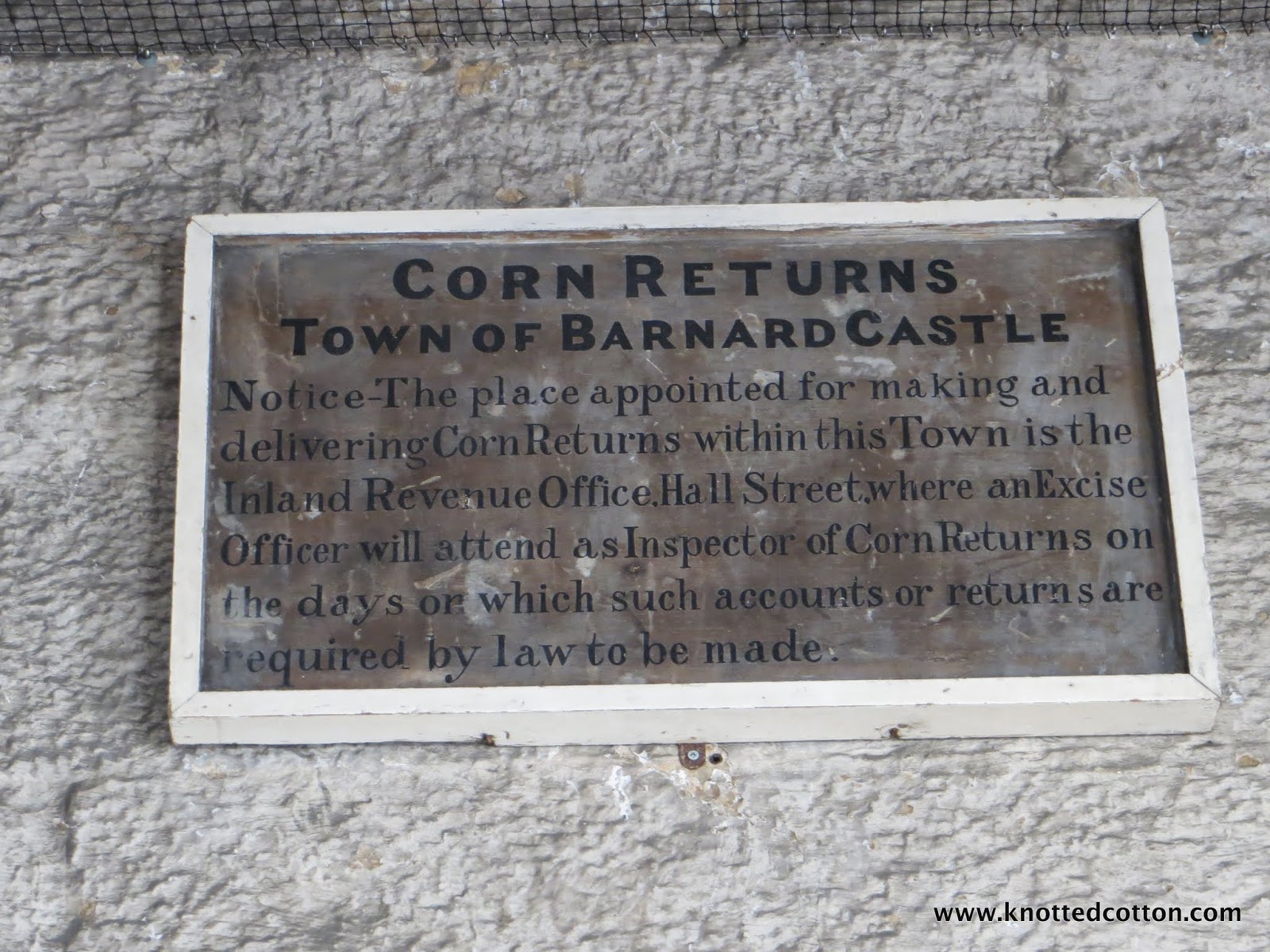 In total contrast this was a typical local stone barn with slit windows and dovecot in the eves.  Although it has a corrugated iron roof some of them were tiled with massive split stone slabs (rather than slate). I think they are beautiful. 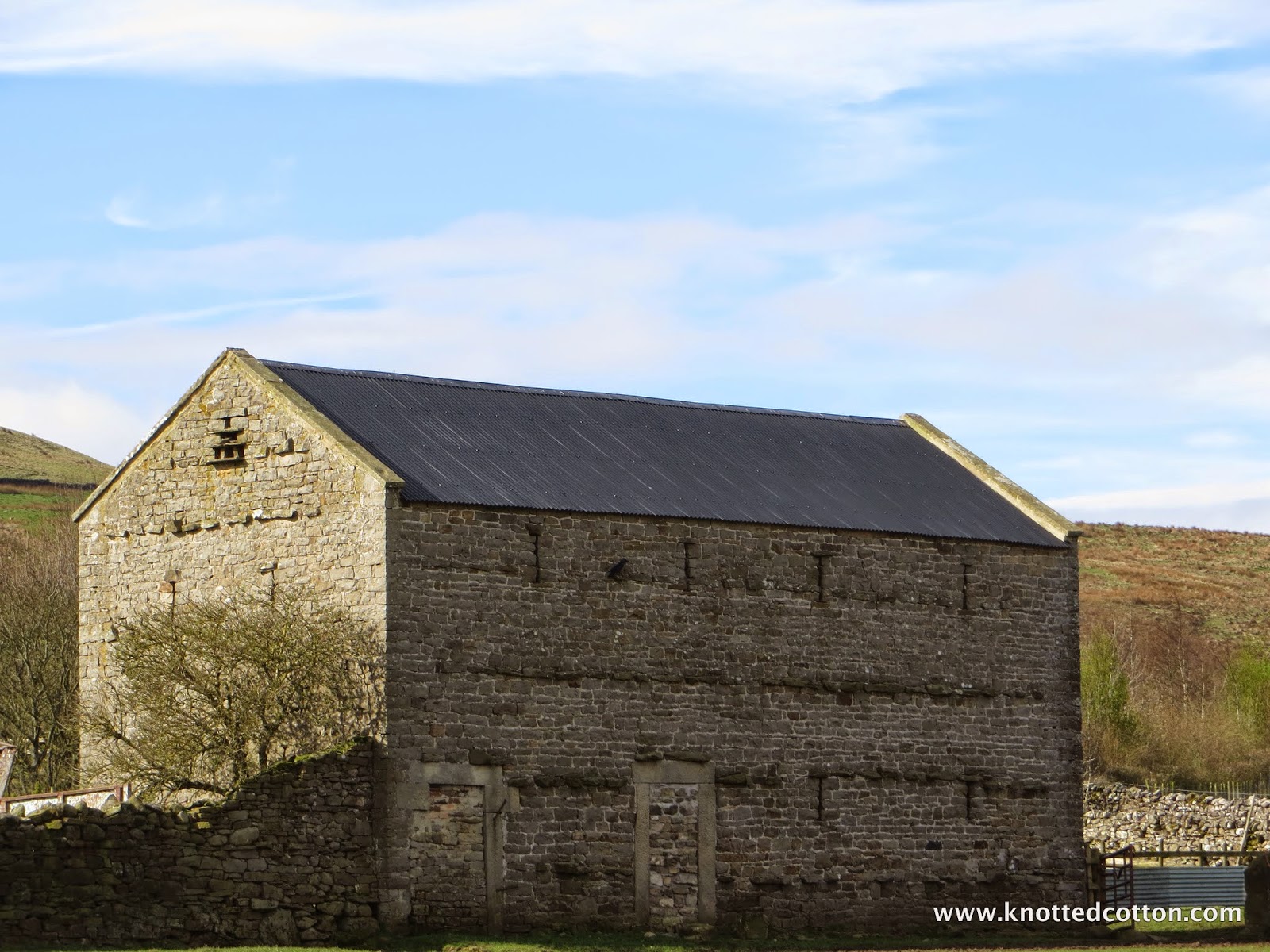 Being Britain the weather was variable. We walked to the waterfall with the longest uninterrupted drop in England on a very cold and wet day: photo taken in the two seconds we took to make the most of waterfall before turning back and does not show grumpy children. It was worth it though! 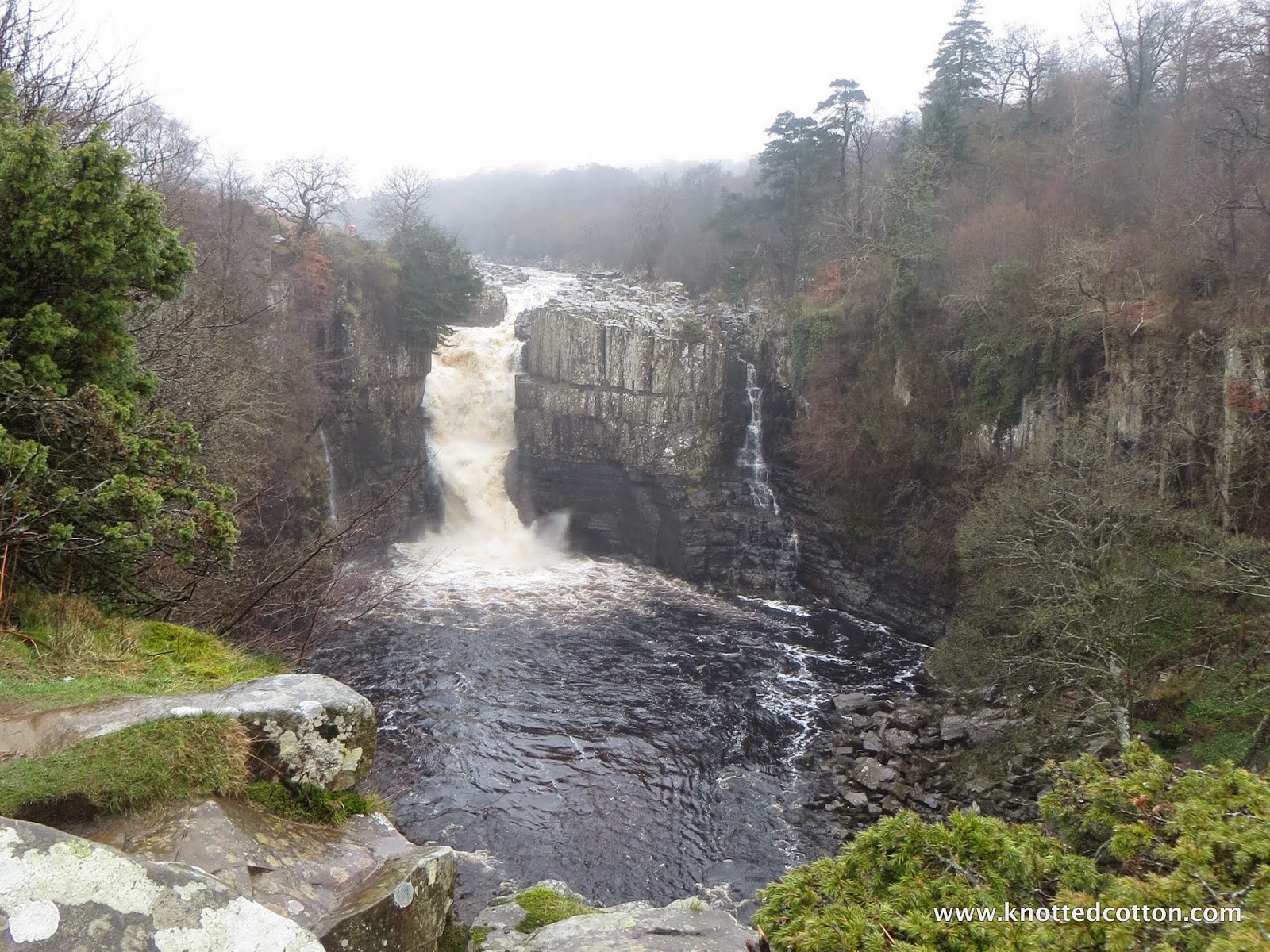 There was a lot of lovely sunshine however and the countryside was full of blossom. 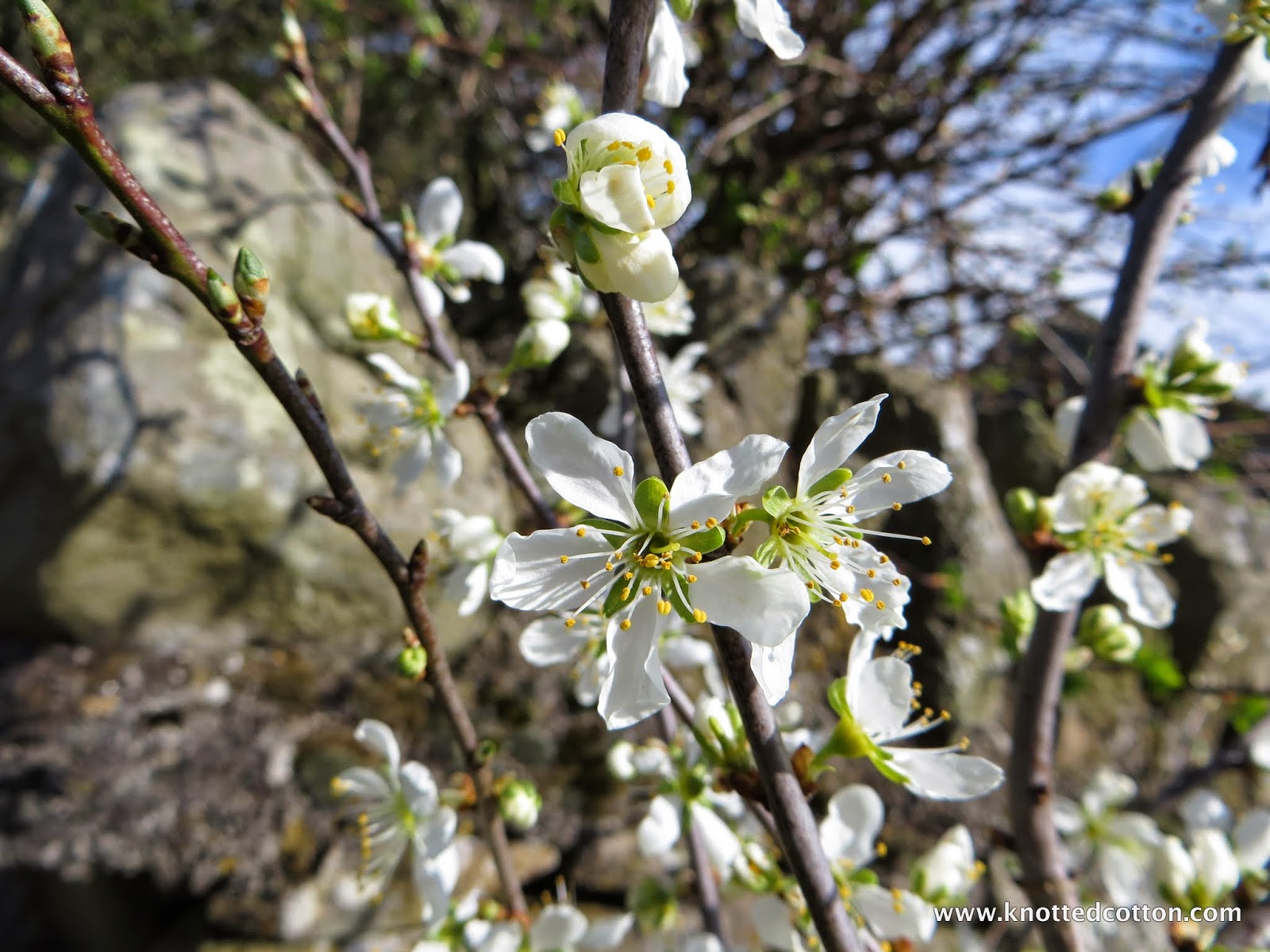 How can anything as energetic and characterful as a lamb turn into something as stolid as a sheep? 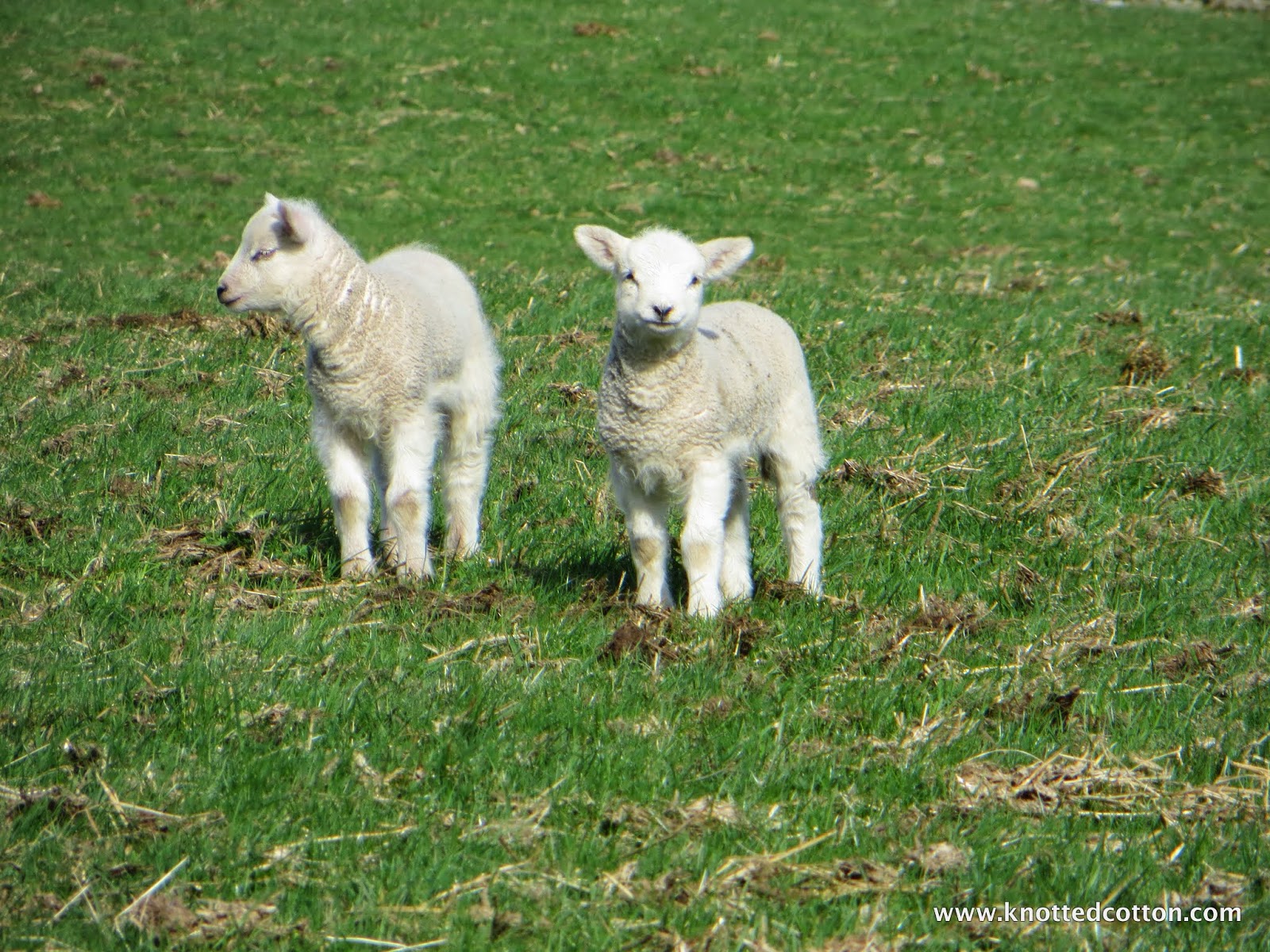 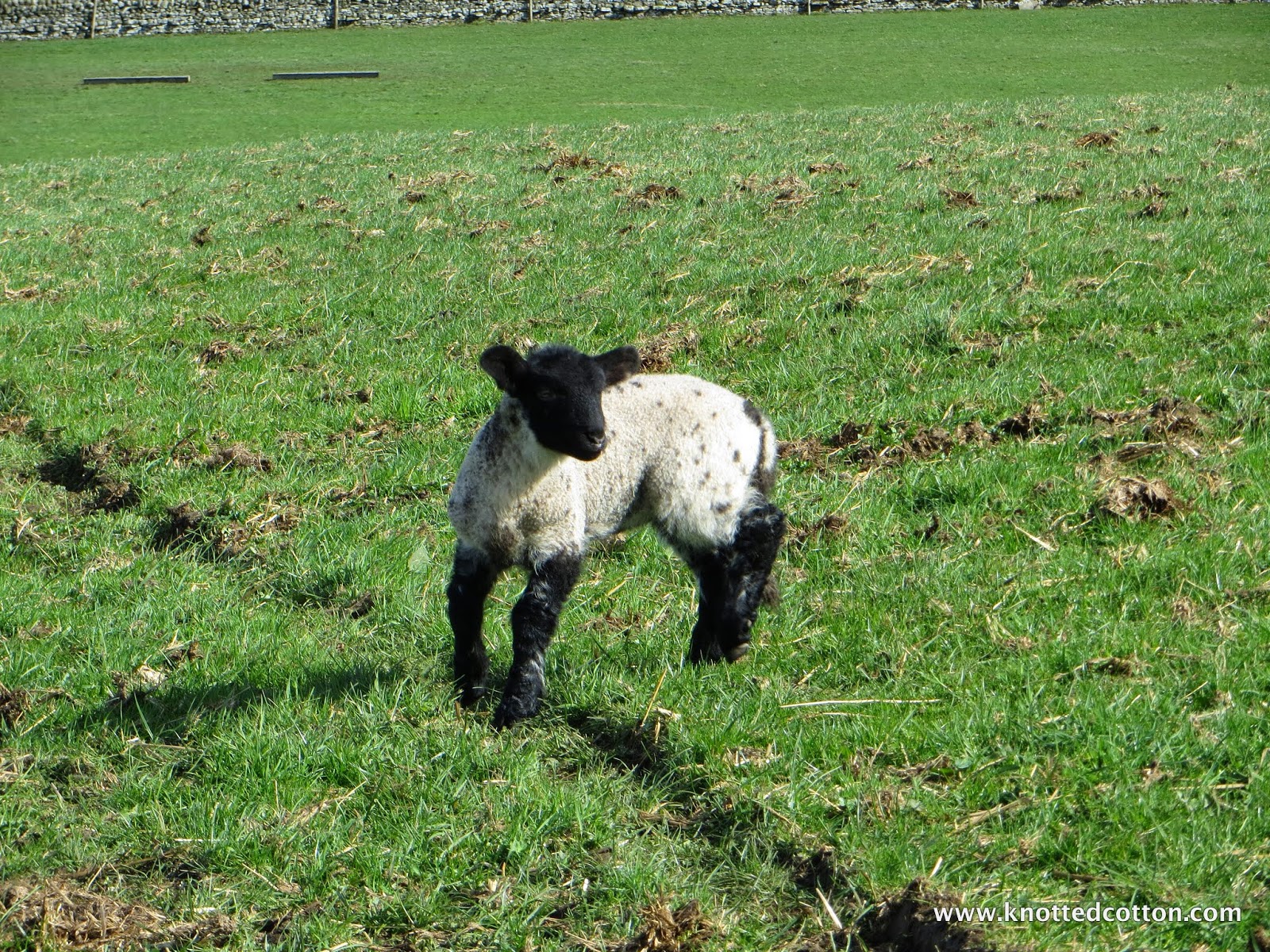 I was so excited to see a hare - they are not a common sight in urban Scotland:-): 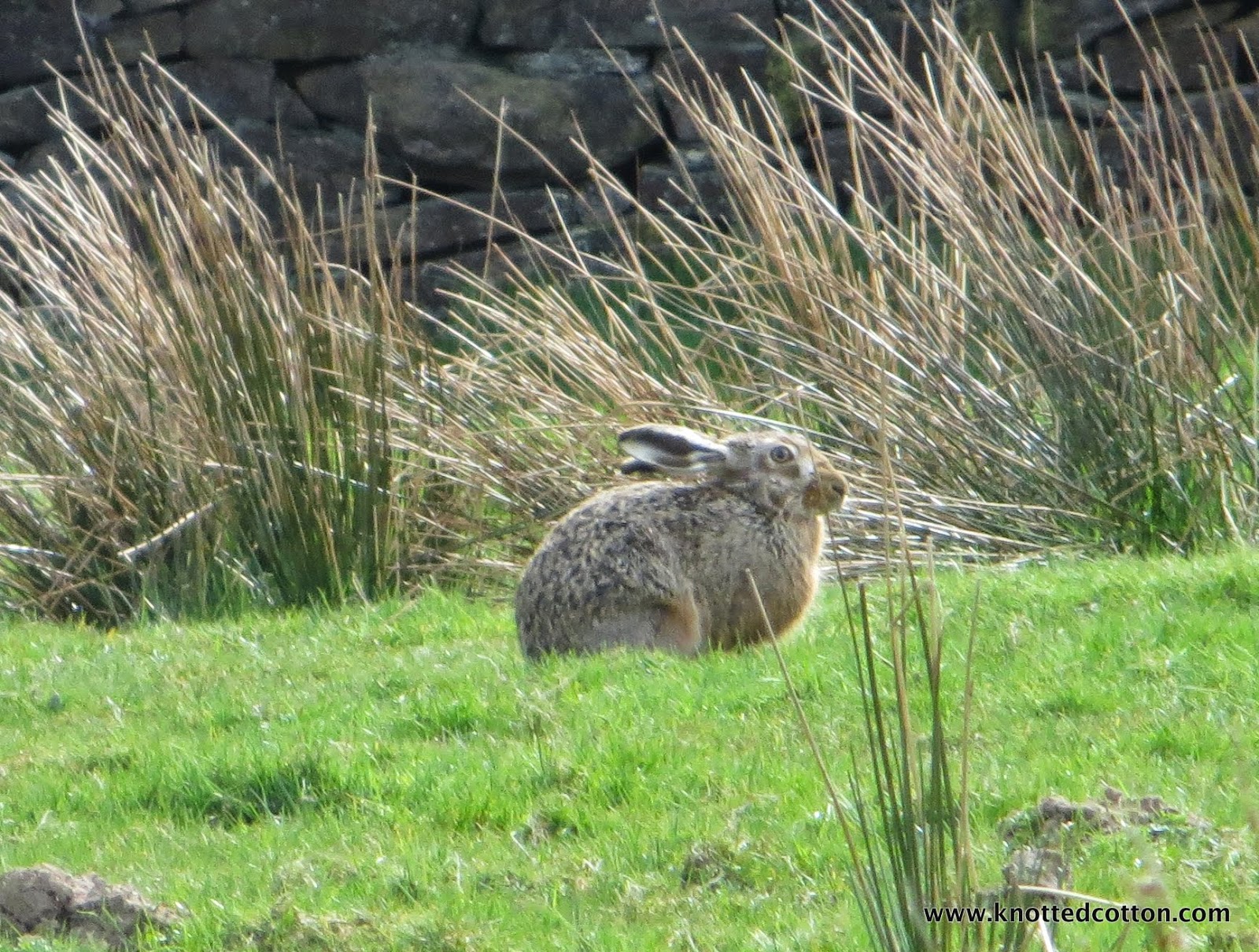 This is the kind of scenery lower in the valleys. 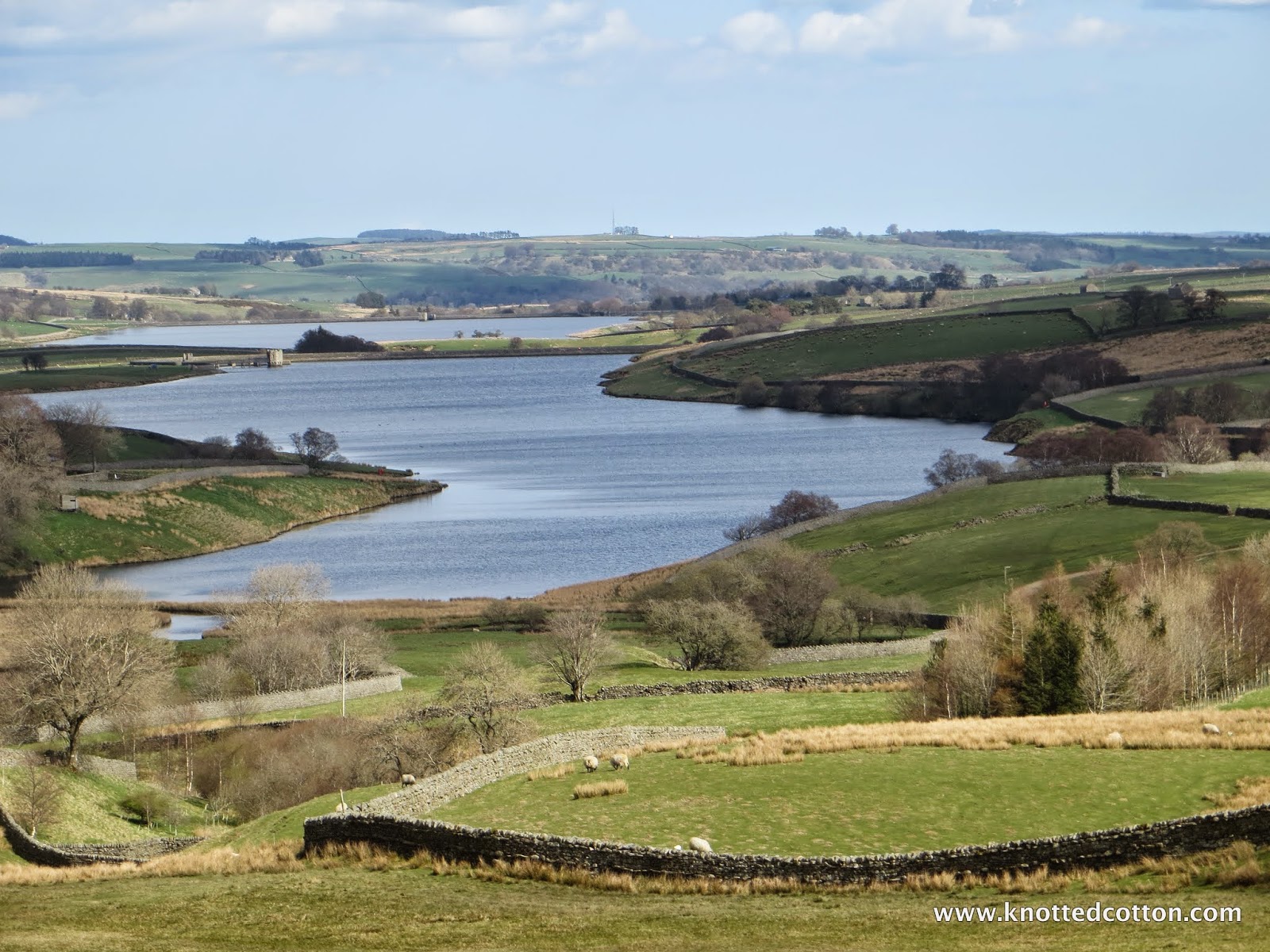 Higher up, it's much wilder. 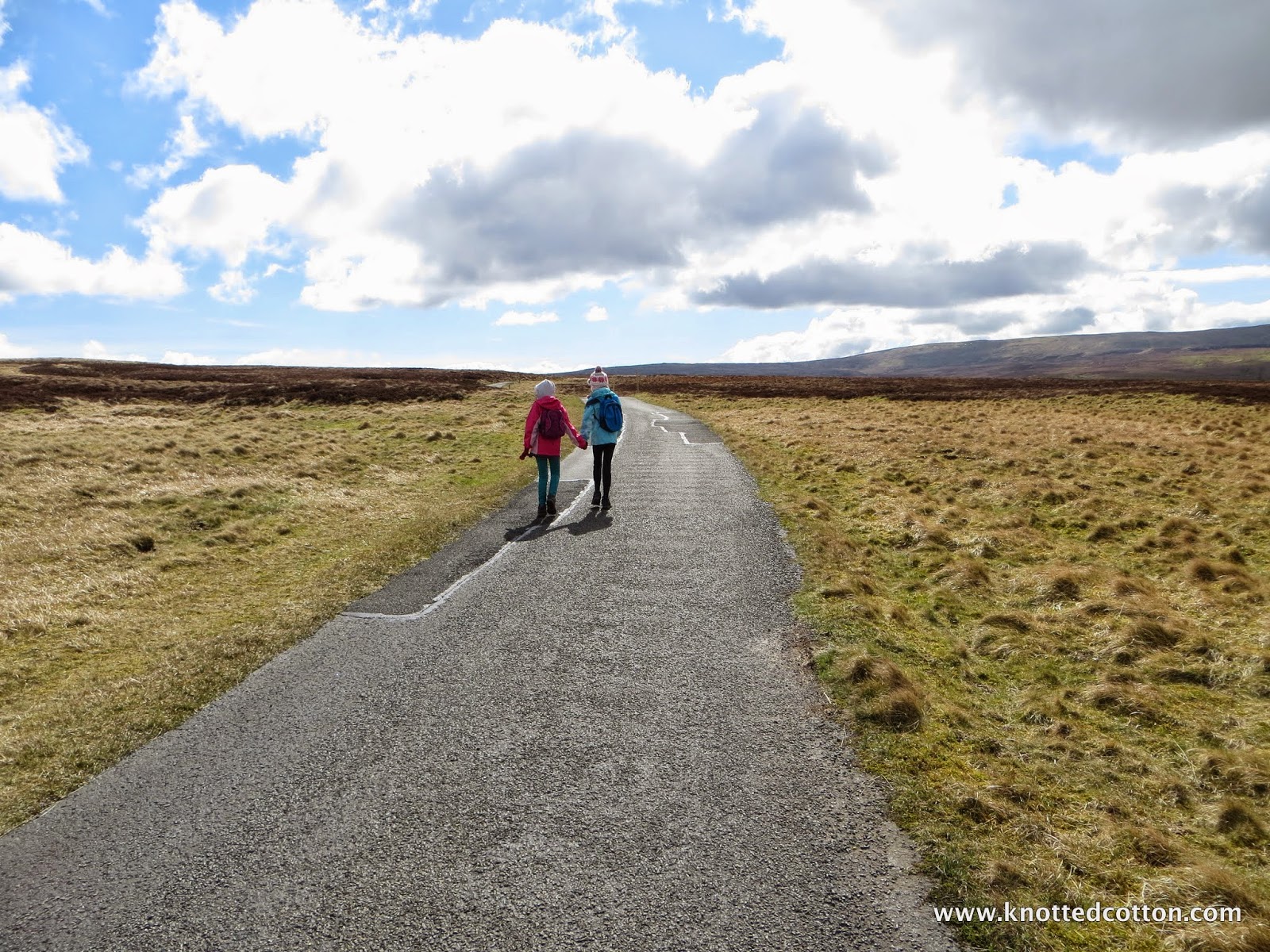 Lots of beautiful walls.  I think I have a bit of a trainspottery nature, but I think the variety of styles of dry-stone dyke work is totally fascinating. 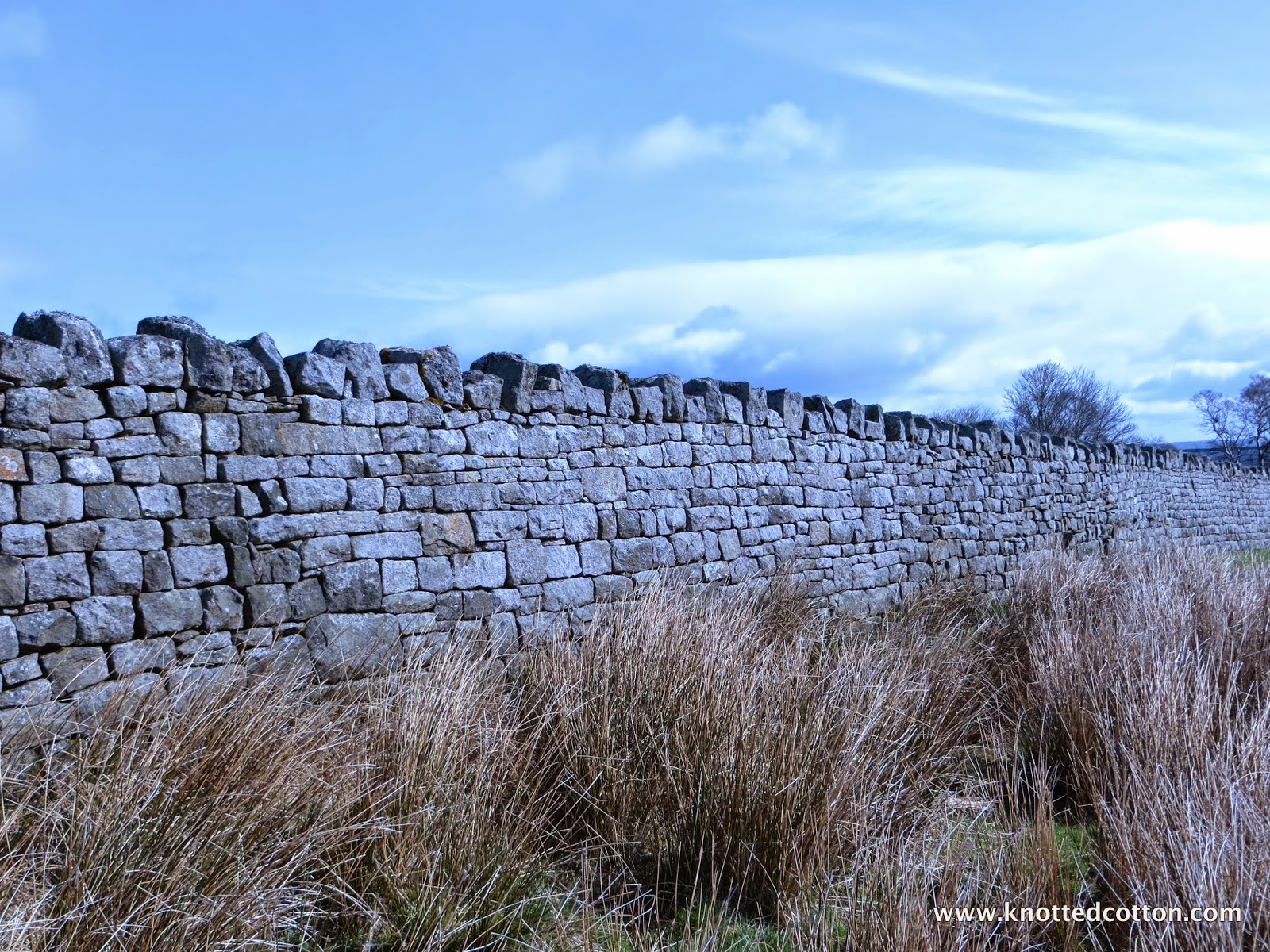 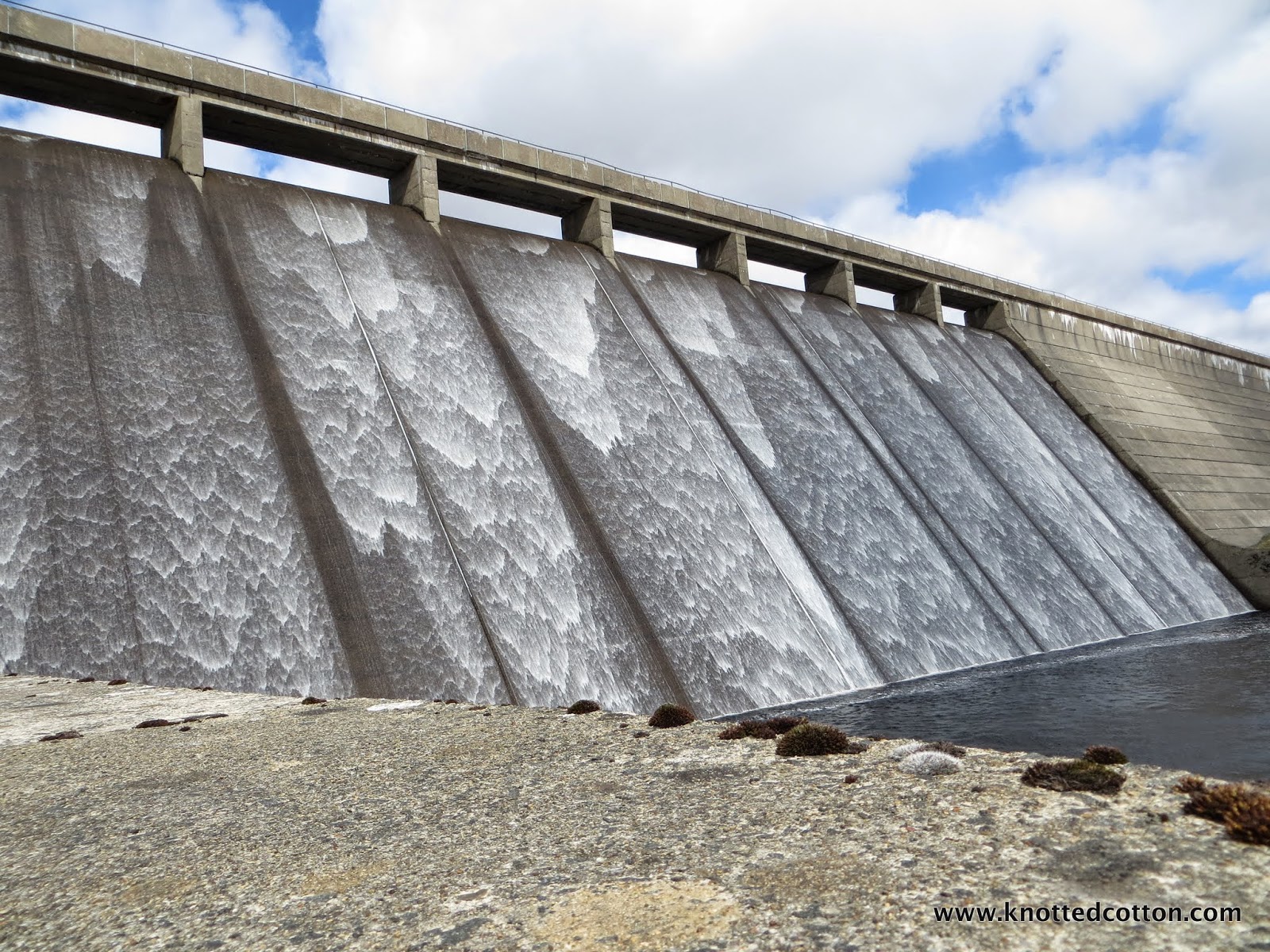 and drove across another to reach one of the houses we stayed in.  That drop to the left was quite hair-raising. 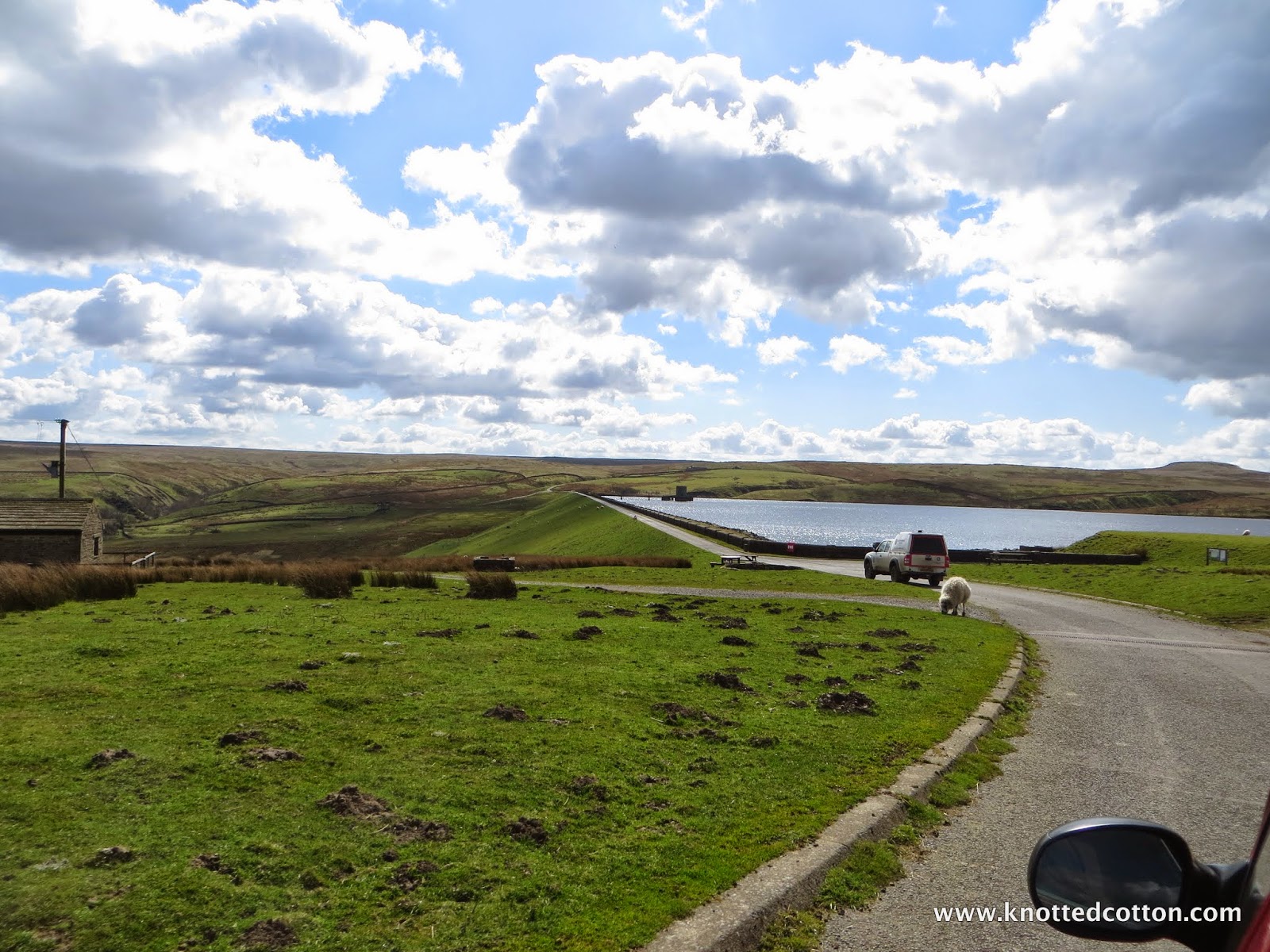 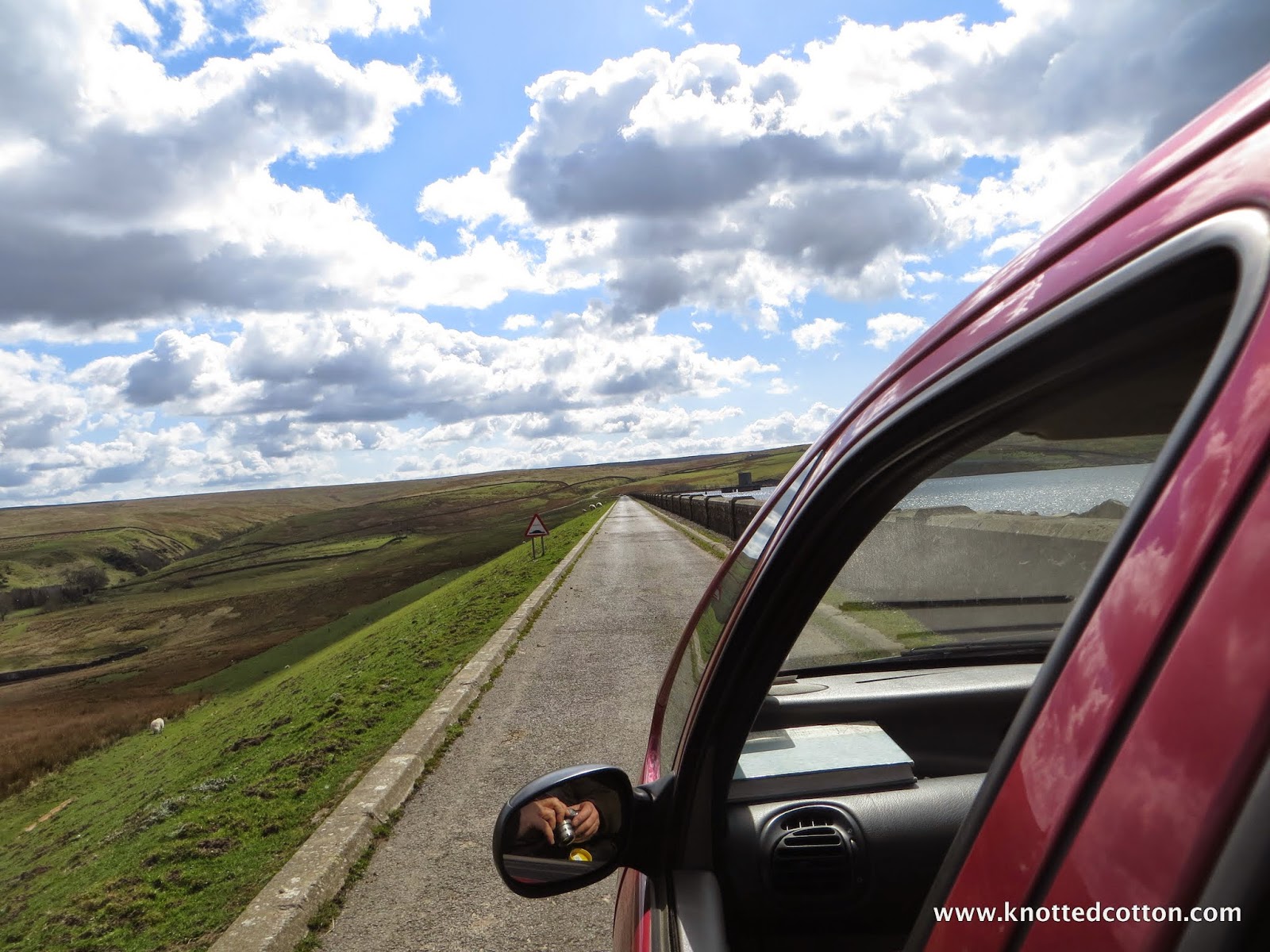 A lapwing.  Love the fascinator. 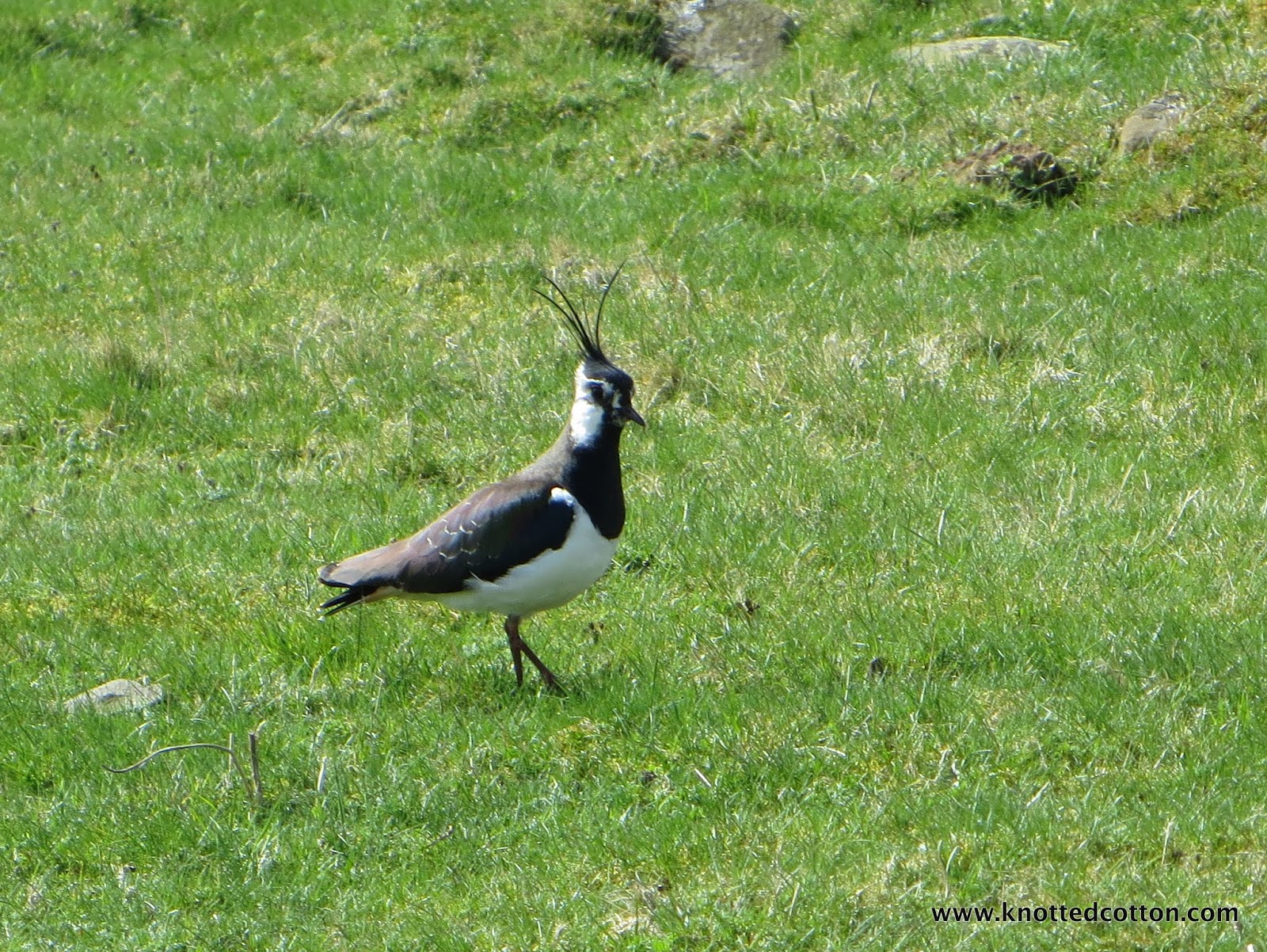 Back to reality, and school, after Easter.  Then perhaps some quilting!