Forgot to show you

My quilt backs are usually uninteresting because I generally rely on something economical like good old Ikea Nummer (heard a rumour that it was going out of print, but it's still available, phew) so I have rarely shown them but forgot to post this one which I actually really love.  It's the back of Wild Geese, which I made with fabric gifted by Michael Miller to people taking part in last year's 'Glitz' challenge, and as the back had to use Michael Miller fabric I put together all the bits left over from the front, together with three other fabrics from that range. 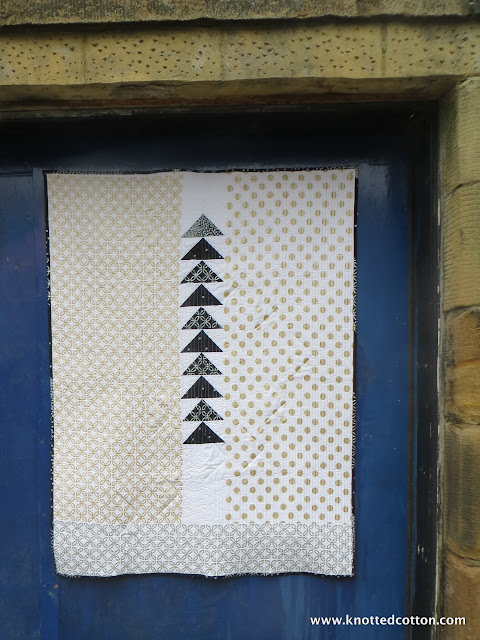 It's hard to capture the lovely sheen of these pearlised fabrics - the result is subtle and pretty rather than brash.  It would actually make an okay front without the ghost geese from the quilting on the front, but I like them anyway. 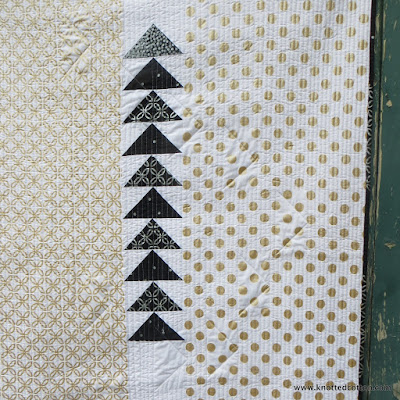 What with the various storms we have been having and the fact that we seem to live in a small localised wind vortex it was hard to keep this from blowing away while I took pictures, which is an embarrassing enough process when you are overlooked by all the neighbours' windows.   It was more successful than my attempt to take pictures of Building Blocks, when I rushed outside to catch a rare moment of favourable light despite being desperate for a pee (TMI?), locked myself out of the house resulting in having to pull my daughter out of maths, and then dropped the quilt in the mud.

Also forgot to post this little artist trading card, though you might have seen in on Very Berry Handmade. Its new owner seems to be happy with it. 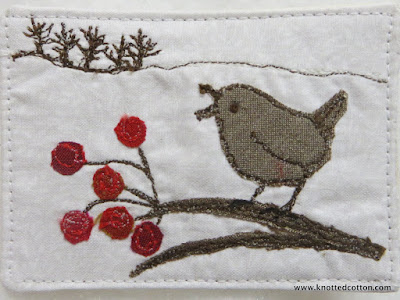 There is lots of ATC loveliness in the Very Berry ATC group on flickr.