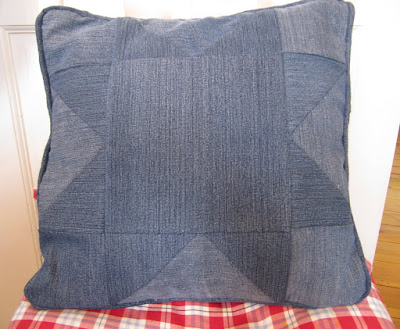 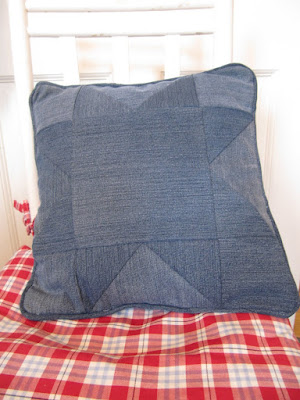 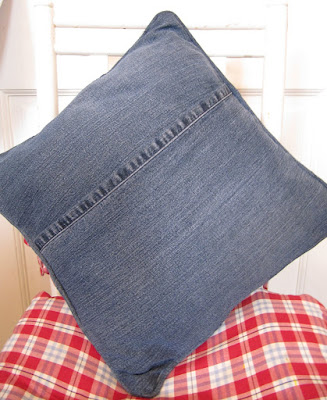 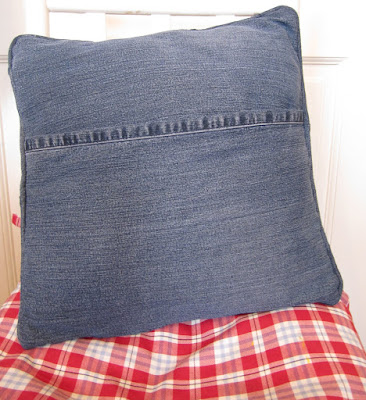 I wanted to reflect its origins as much as possible so I kept the original seam for the envelope opening at the back - which I like because it reminds me of a comfortably fat bottom  (which more or less what it came from).

This cover was fiddly to make because the seams at the points were hard to sew through and I eventually broke my last machine needle and had to finish the piping and back by hand.  I made binding for the piping and thought I was being clever in joining the pieces on the diagonal as I'd read this reduced bulk - unfortunately I wasn't clever enough and I ironed the seams to one side instead of open. You can see the bulge. 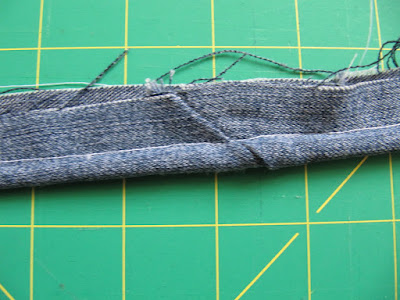 I will remember this next time.  It's possible though that I might have made life easier for myself by binding round the edge as if it was a quilt.  Still nothing ventured, nothing gained!
Posted by Catherine at 12:22