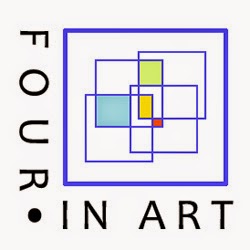 At the end of last year I was accepted into the Four in Art collective whose members make a 12 x 12 inch quilt each quarter, reflecting an annual theme.  We are revealing our quilts for this quarter today! The theme for the year is "Literature" - which is a nice wide theme given that it potentially includes not only individual works of literature and their authors, but the history of literature, its political, social and cultural importance, themes in literature, the history of writing and text and so on!  I am excited to see how the others have interpreted it and you can visit them all here:

Elizabeth at OPQuilt.com
Jennifer at her flickr page
Nancy at  Patchwork Breeze
Rachel at The Life of Riley
Simone at Quiltalicious
Susan at PatchworknPlay

My work is inspired by the use of landscape and weather in literature.  In particular I thought of the novel Jane Eyre by Charlotte Bronte.  (If you have not read Jane Eyre it is marvellous - it has absolutely everything in it.  Feminism, romance, morality and religion, the issue of class and social mobility, questions about the nature of love and the importance of autonomy, about the significance of physical appearance, and about passion and intellect - and it is also just a really good story!) 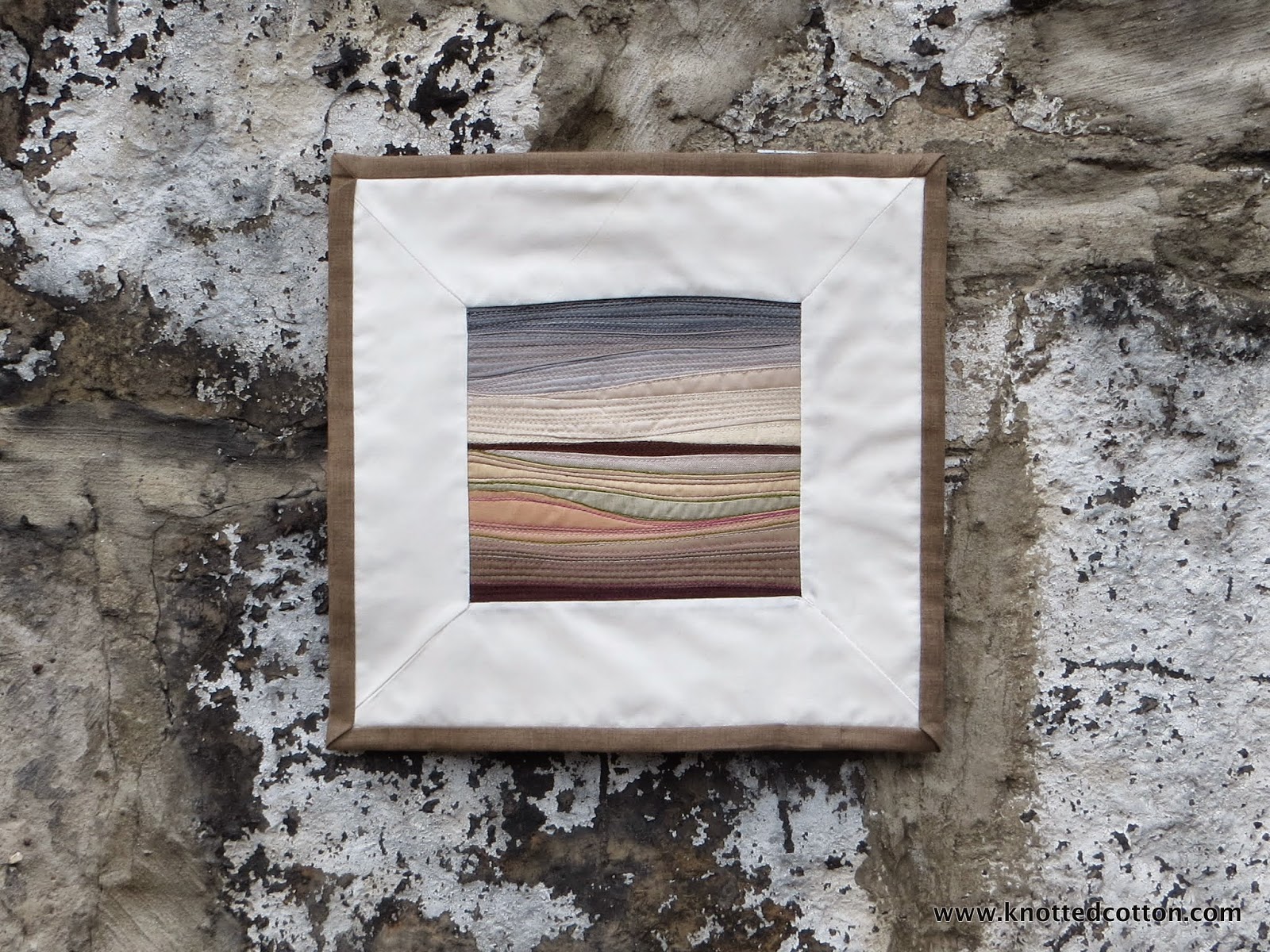 As well as the themes the book covers, there are also beautiful descriptions of landscape and weather, both of which often act as a way of heightening whatever happens to be going on in the plot.  The Yorkshire moors and the weather she faces on them are used at a key point to emphasise Jane Eyre's total isolation, not just geographically, but physically and mentally, cut off from any family or friends.  That scene was the jumping off point for this quilt, but I was thinking also of the significance of the moors in general in the life and work of Charlotte Bronte and her sisters. 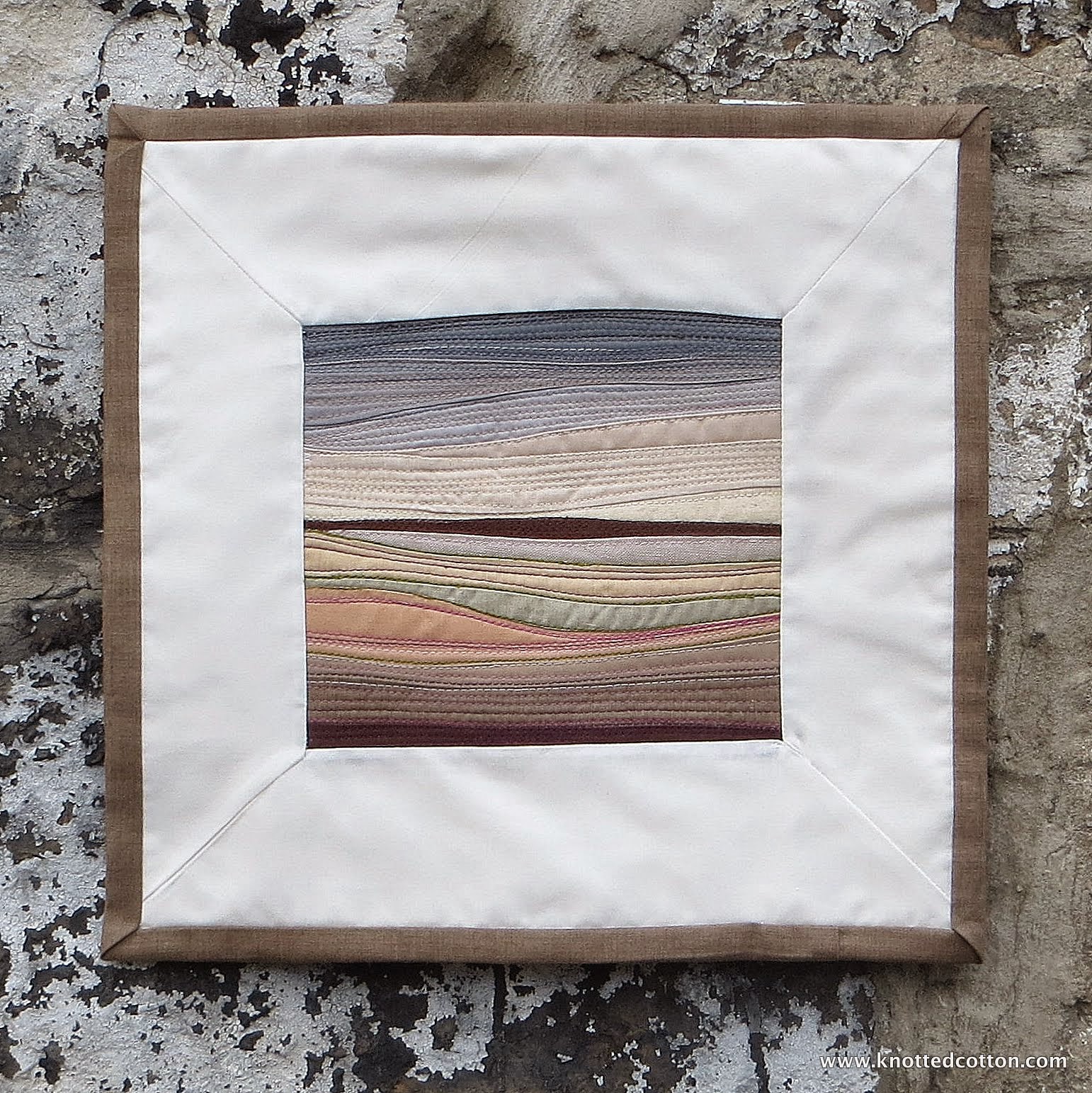 I left the top of the pieced section deliberately curved, adding the border around it, partly for aesthetic reasons but also in an attempt to make it to look less static and contained, and I stopped working on it at the point where the image is still quite abstract, because I like to think that in the absence of any kind of artistic statement by its creator a viewer can take whatever they want from a work.

Finally, I wanted the quilt to appear framed like a painting to symbolise the way that words have transcended the page to create an image which now has a life in a different form.