The return of "Murmuration"

It is a very grey day here, and I am feeling rather grey, so I thought that I would try to achieve something by dragging Murmuration out of the basket of shame and finishing it off.

If you are a regular reader, you might remember that I abandoned this one after beginning quilting on it.  I have ripped out some quilting, and added some more, and bound it, and here it is now. 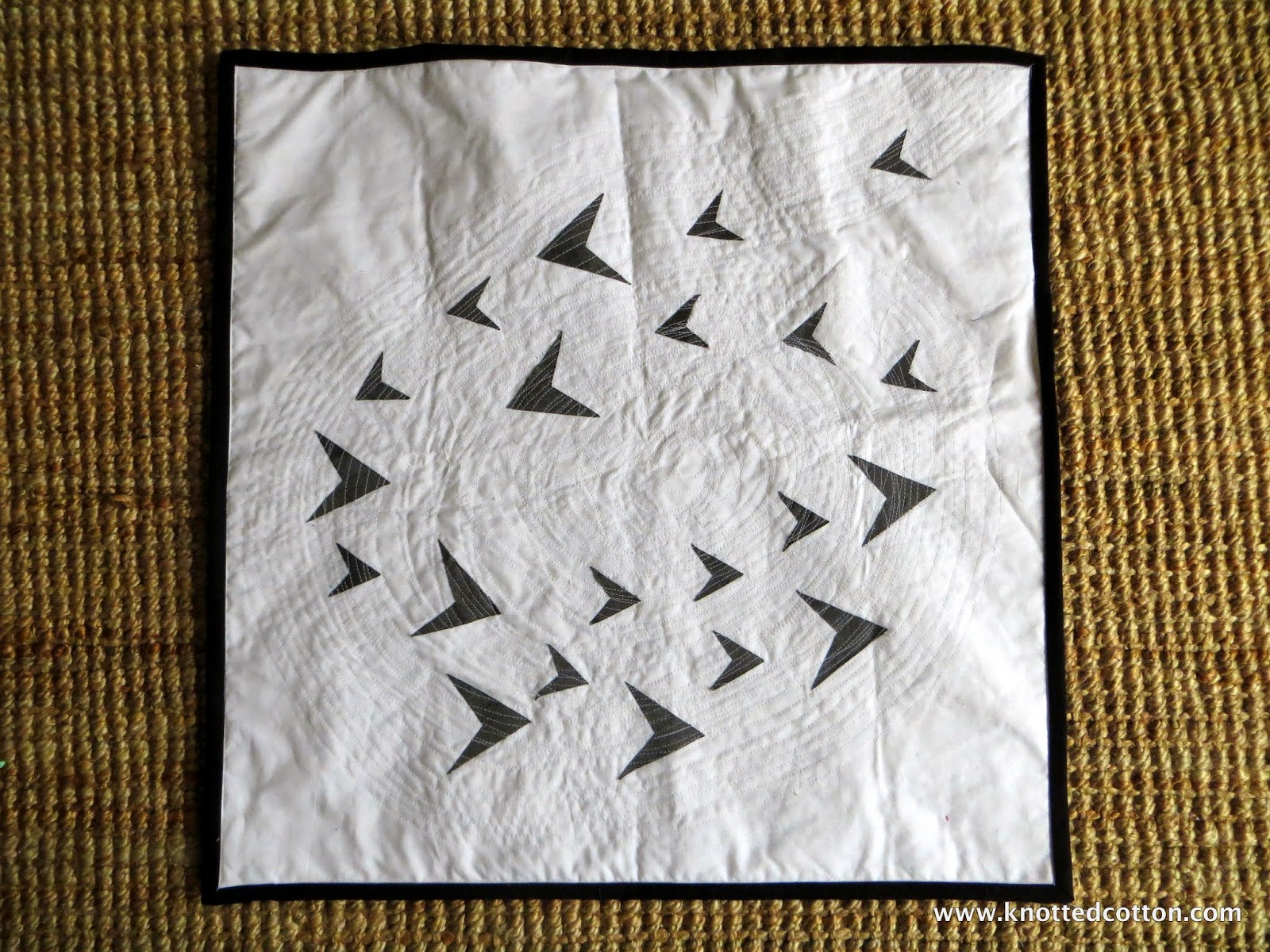 Because of the dingy weather I have bumped up the contrast a bit, but this is a pretty fair representation of what it looks like.  My main problem with this quilt is that I had drafted a lovely block for the birds, but when it came to assembling them into the quilt I bottled out, and used fused applique instead.  A small amount of fraying happened round the edge of the birds when I quilted it, which obviously isn't ideal. Mainly I think that the quilt would have had more "integrity" if I'd stuck to the plan, however difficult.


Still, I am happy with the composition, and the quilting is not so bad too.  If you have ever seen a flock of starlings on the move you will maybe understand the feeling of "wheeeeeeeeeee!" I was trying to get across (when you see them you really do get the impression that they are only doing it for the hell of it!) so the quilting comes in from top right and then whooshes round the birds in a spiral. 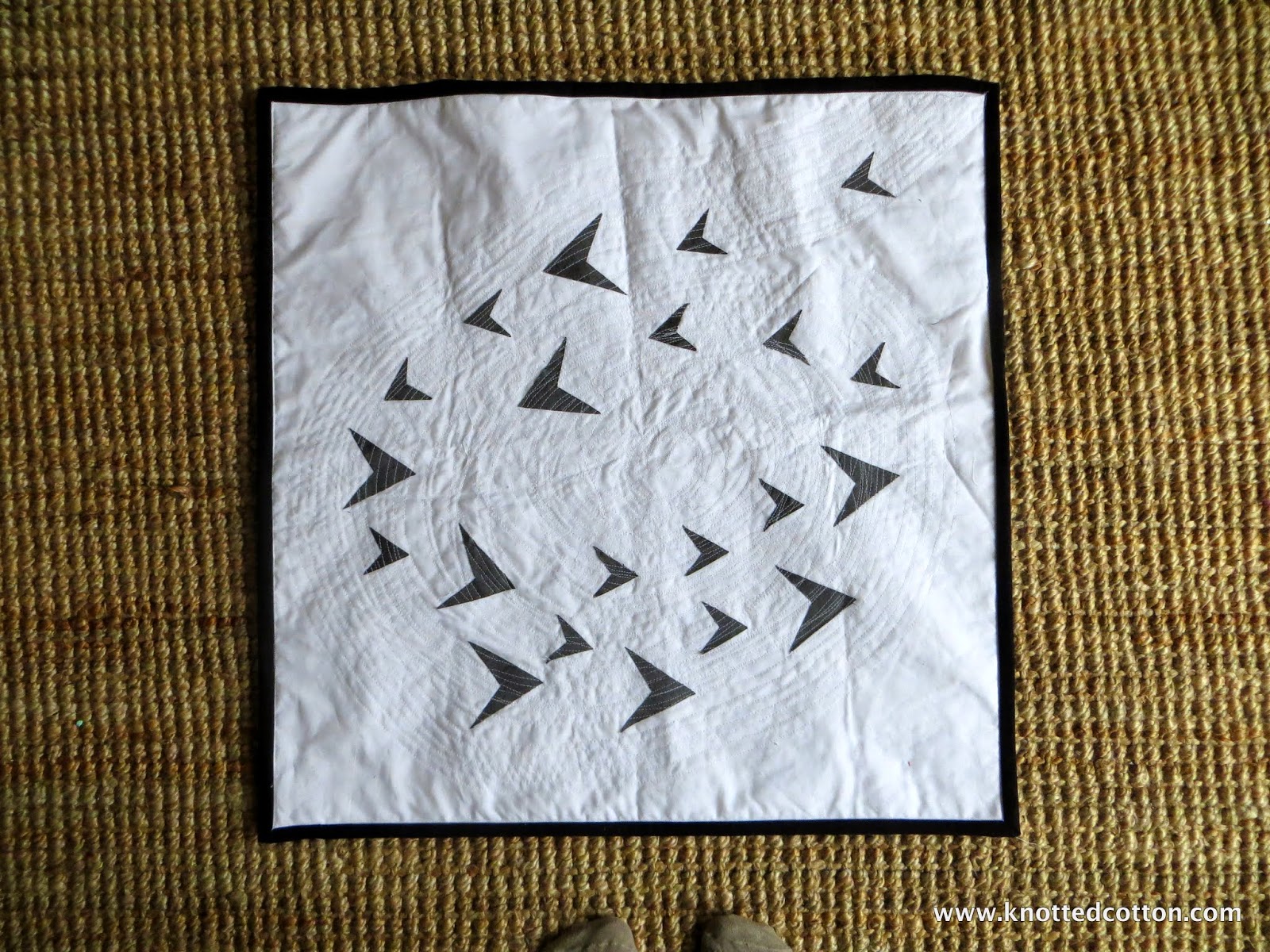 This is an idea to be brought out again now that I have had a bit of practice.  As Einstein said, anyone who never made any mistakes has never tried anything new!