When I was little we used to have a book of wonderful geometric patterns which you could colour in.   What was particularly fun and fascinating about them was that so many variations were possible that no two people were likely to produce the same result.

They were called Altair Design Pads and were the product of Ensor Holiday and Roger Borrows, who shared an interest in ancient geometrical systems and the geometry underlying designs from the Middle East or Moorish Spain.  One design had particularly excited them and they began work on a series of variations which eventually led to the publication of the Design pads.

I started thinking about them when I got interested in patchwork again.  For a while they were out of print, but when I looked for them again recently I found that they are available on Amazon.   (No 1 is currently OS, with a reprint due in June, but 2 is in stock).

You can read more about the history of them here and marvellously you can now also play online with colouring them in: it's such fun!

If, like me, you're fascinated by repeating patterns you will love them, plus they are a great source of quilty inspiration - I can guarantee you will want to get those old felt tip pens out!

The last couple of weeks have been taken up with school holidays (and tidying up after the school holidays....).  We saw this owl while we were away - I imagine the building he was on must have been a school - and I'm stashing him away at the back of my mind as inspiration for embroidery or etching.  He is the same age as our house. 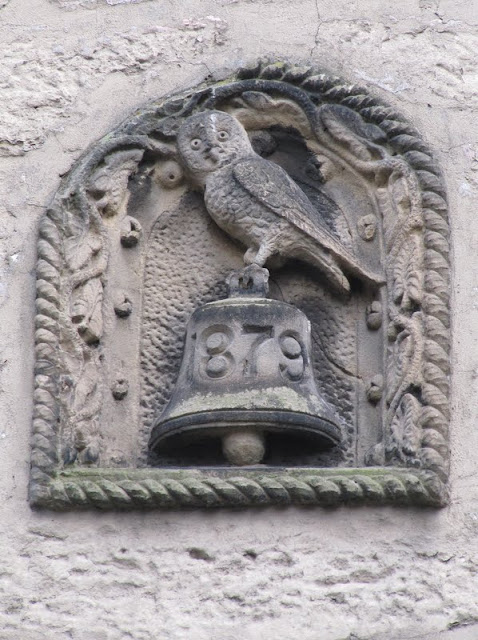 I also admired this bird, admiring the view: 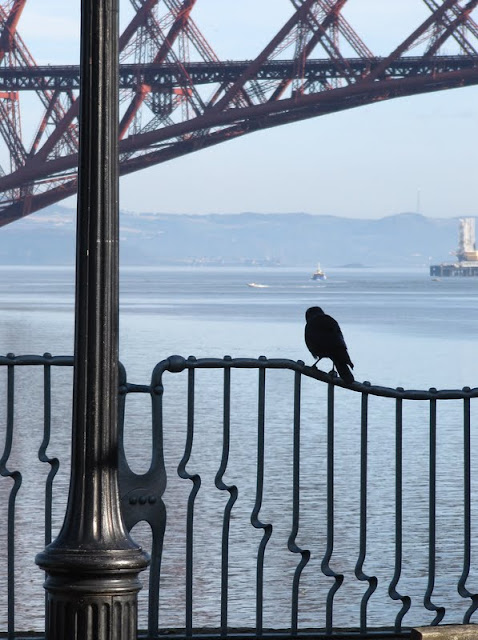 Love the texture of the shimmer on the water, and those amazing railings which reflect the water and the shape, though you can't see it, of the bridge beyond.

Some creativity to show soon, I hope... 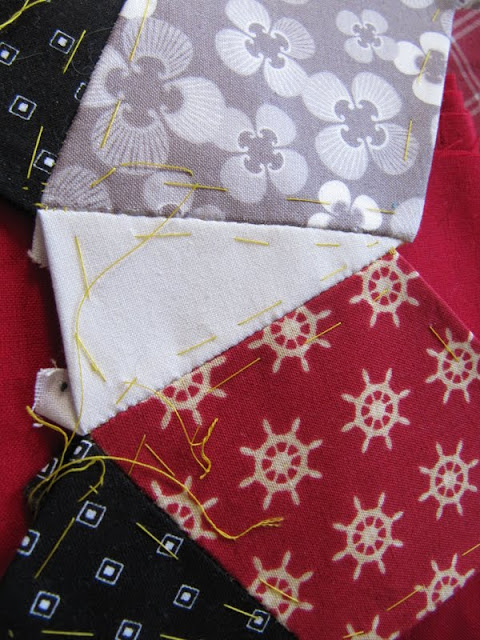 Random thought of the day: have you backed up your blog lately? Carina had a post at the beginning of the month which reminded me I probably don't do it enough. She has a tutorial for backing up in Blogger here.

Linking up to Really Random Thursday.